Instead of utilizing the current standard exchange for cryptocurrency, OKEx and Huobi.pro would offer a chance for people to purchase Bitcoin on a P2P (also known as ‘over the counter’) platform that supports various fiat currencies. 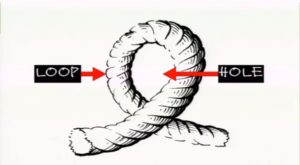 Although this tactic certainly holds the potential to re-open the door of the cryptocurrency market in China, it is impossible to know whether or not the People’s Bank of China will rewrite the ban to exclude P2P exchanges.

Can a New Headquarters and Marketing Strategy Save Huobi?

Huobi.pro has opened additional offices outside of China and begun touting itself as an exchange for professional, international cryptocurrency traders. The new Huobi.pro, which is headquartered in Singapore, continues to add new cryptocurrencies to its platform.

In addition to what are largely considered to be the “standard” coins (Bitcoin, Ethereum, and Litecoin), Huobi has recently introduced Ripio, 0x, Kybr, and Airswap. There are no fiat trading pairs currently available on the exchange.

China and Crypto: The Bans in Brief

In September 2017, the Chinese government made bitcoin trading illegal for its mainland residents. In addition to this, China also made ICOs, or initial coin offerings, a prosecutable offense for Chinese start-ups to use in fundraising.

With citizens of China composing the largest population in the world, the cryptocurrency market was geared into a downward spiral. Prices of both Bitcoin and Ethereum, two of the more well known cryptocurrencies to date, took a considerable loss but have mostly recovered since.

With the loss of the ICO platform for Chinese entrepreneurs, many blockchain startups found themselves devastated. While Chinese startups reorganize their strategies and attempt to re-legitimize their business, crypto investors have been looking elsewhere for places to put their capital.

The Chinese Industrial economy has been revolutionizing itself since the 1960’s and has become a global economic leader. Although the use of cryptocurrencies could further inflate the Chinese economy, risks such as the volatility of cryptocurrency value, as well as the lack of regulation on ICOs, could certainly deter it from re-introducing cryptocurrency exchanges as legal entities.

Rumours Fly About Return of Crypto to China, But Nothing is Certain

When the China bans were originally put into place, there was widespread speculation that they were merely a temporary measure. However, as the months continue to roll by, that speculation has largely diminished. China has not yet made a final decision about P2P Bitcoin trading, but the overall hostile tone towards crypto is discouraging nonetheless.

Since China took its big step back from crypto, the markets have continued to become increasingly strong, despite a few “hiccups” along the way. If China has a “come to Jesus” moment with crypto, and decides to embrace the integration of blockchain into the world’s financial and legal institutions, the markets could go straight to the moon.