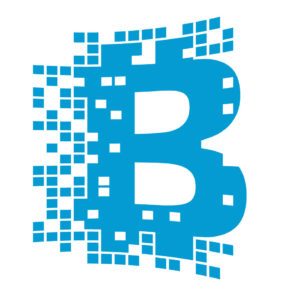 Just a few years ago, if you asked the average person if they had heard of the blockchain the answer would have been, undoubtedly, no. Over the past decade or so, blockchain technology has grown to be used across a variety of networks, and continues to become more prevalent even today. The rise of the cryptocurrency industry has brought with it a desire to learn more about blockchain technology and its applications.

Blockchain technology takes traditional records and ledgers and decentralizes them, making them completely independent from any controlling power, such as institutions and governments. An open source ledger that is visible to users across the network brings a level of security that is unmatched. Sounds weird doesn’t it; a completely transparent ledger being safer than something that is safely secured in a bank.

Blockchain puts the trust in its users and their ability to maintain the ledger. By doing so, every user is given the opportunity to check that the information is correct, ultimately reaching a consensus across the network. The bottom line is, in a world that is susceptible to corruption of data, the need for blockchain technology is becoming greater.

History of the Blockchain

It wasn’t until 2009 that developer Satoshi Nakamoto implemented the first blockchain. Nakamoto is known for creating the world’s first digital currency, Bitcoin, but the true identity of Nakamoto remains a mystery. Some people believe that Nakamoto is a group of developers who collaborated in order to create Bitcoin, but no one has confirmed the true identity of Nakamoto. Bitcoin utilized blockchain technology on a peer-to-peer network as a ledger for any transactions made with Bitcoin, or BTC. Up until this point digital cash systems struggled with forgery, which would allow people to duplicate their digital currency or token and spend it more than once, also known as double spending. The blockchain allowed users to create a public ledger that was time stamped every time a transaction was completed, which ensured there would be no double spending. This opened the door for a number of new applications for blockchain technology.

A new type of blockchain was introduced in 2014 and was being referred to as “Blockchain 2.0.” Blockchain 2.0 was a term coined for any new applications using a blockchain database. Bitcoin used the blockchain for currency transactions, but new uses were for this technology being explored shortly after. Blockchain could be used for any sort of smart contract, which would insure the integrity of whatever data was being transferred. At any point, if the data had been tampered with users would be made aware, because the ledger would show that interference. Blockchain 2.0 also gave power back to the common people, due the fact that it eliminated the need for big banks or powerful institutions that were traditionally required to handle the transfer of this information.

Not everyone majored in computer science, so let’s simplify blockchain technology and how it works in a way that everyone can understand. As mentioned previously, blockchain technology is utilized to secure a variety of digital transactions. A concept that was originally designed to help make transfers of digital currencies is now being applied to a number of different online transactions. The purpose of blockchain is to create a free, open, fair, equal decentralized and without borders.

Decentralization means that the blockchain can effectively operate with little to no risk of network vulnerability. By spreading data across the network, rather than in one centralized place, blockchain technology makes it harder to be exploited by hackers, and less likely to suffer a major system failure. Two components of blockchain’s decentralization are the public key and the private key. The public key acts as an address for users on the network, much like a home address. Any transaction made by that user is related to its public key and makes it possible for them to complete transactions with other users. The private key is the password that gives the owner access to their data and ensures that only the user responsible for that data may access it.

A blockchain tracks data across a many computers when creating a record that is immune to counterfeit transactions or forgery. Each computer on the network is referred to as a node and is responsible for storing data that is essential to the ledger. The private computers on the network can be owned by anyone, and are also used to help compute the cryptographic messages or transactions.

Each node stores a copy of the same ledger, which is updated as users make transactions. For example, if Bill sends Adam a file the message is sent to the network and each node on the network updates the ledger accordingly. If it is money that is being exchanged then both users balances must be updated in the same way. Nodes across the blockchain have a variety of methods that can be used for time-stamping data, these methods include, proof-of-work, proof-of-skate, and proof-of-burn.

Users of the blockchain must trust the network to complete transactions securely and reliably. Traditionally, people would be placing their trust in an institution that acts as a third party in these transactions, with blockchain users are trusting in the mathematical functions and code of the network. By providing users with a clear path to the origins of their transactions, blockchain adds a sense of security that is otherwise lost.

Up until this point blockchain has been described as an open source network to which everyone can access if they choose to do so. Over the years, however, some controversy has come about regarding the definition of the term “blockchain”. A lot of this confusion stems from two different types of blockchain networks: Permissionless and Permissioned. The argument is that a blockchain should be defined as any network that creates time-stamped block to record data. Any network that does this is also eliminating the issue of double spending, which some believes justifies their inclusion in the blockchain definition.

Blockchain almost seems too good to be true. It essentially removes the need for any centralized power, which would otherwise charge high fees and be responsible for sensitive, personal information. So why hasn’t blockchain been adopted on a global scale?

There are a number of other challenges the blockchain has faced since its inception. Many documented instances show that blockchains have forced into a situation that caused them to split into two separate chains. This is called a Hard Fork and is brought about whenever a new set of rules is needed to improve the blockchain. One of the most notable Hard Forks was Ethereum’s, which came about following a hack that exposed vulnerability in the code, which resulted in two separate Ethereum blockchains. Hurdles like this make people hesitant to adopt blockchain technology.

An additional fear when dealing with blockchain technology is the hypothetical threat of something called 51% attack. A 51% attack refers to the idea of someone taking control of more than 50 percent computing power that is required to complete the network’s transactions. For example, if someone were to take control over 50 percent of the computing power it takes mine Bitcoins, then they would be able to control the majority of transactions on the network. They would be able to stop payments between users, and reverse transactions, thus creating an opportunity for double spending.

In truth, there are a variety of reasons that blockchain hasn’t taken the world by storm, and may not do so for years to come. Perhaps the biggest challenge blockchain faces is the fact that widespread implementation would require a complete shift in the global populations foundational understanding of transactions. A change like that doesn’t happen over night. That being said, blockchain has shown positive signs of growth and is starting to raise a number of questions about the way the world handles transactions.