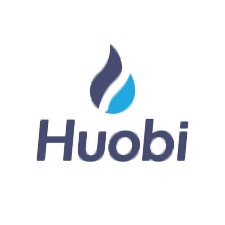 China-based cryptocurrency exchange Huobi was forced to take a quick pivot after cryptocurrency was banned on the nation’s mainland, and now it’s attempting to take America by storm. Last week, Huobi registered with the Financial Crimes Enforcement Network (“FinCEN”) as a money services business. Although several more regulatory approvals are in line before the exchange can achieve a fully-compliant U.S. launch, this is a critical next-step in Huobi’s plan to capture some of America’s crypto market.

If America’s prohibition era taught us anything, it’s that a total government ban for a highly sought-after product will only make people want it more. And, thus, it will make those who trade in the newly illicit wares more and more creative in finding ways to serve the public need. For this reason – and of course many others – a nation that is working hard to stamp out cryptocurrency is giving rise to the private enterprises that dominate it.

Since the cryptocurrency revolution took hold of the mainstream conscious in 2017, every nation with a developed financial regulatory regime has been forced to address it. In the United States, the approach has been conscientious. FinCEN, the Internal Revenue Service, the Securities and Exchange Commission, the Commodity Futures Trading Commission, and others have issued clear guidance that reflect policy approaches aimed at curbing fraud and abuse while encouraging innovation. Other nations, however, have taken different approaches. China, for example, is working towards an outright ban.

The Chinese government is trying to gaslight it’s domestic cryptocurrency industry by engaging in systematic banning and censorship of nearly all virtual currency activity. In fact, rumors are circulating about the “Great Firewall,” a virtual blockade against cryptocurrencies analogous to the physical one China erected to fend off the Mongols. But, much like the Mongols who ended up busting through the original Great Wall and ruling mainland China for nearly a century, Chinese virtual currency enterprises are finding plenty of ways around their unfriendly cryptocurrency national policy.

Huobi is a digital currency exchange that was founded in China in 2013. In response to the government ban, Huobi no longer accepts Yuan-based trading. However, the exchange has successfully launched its own tokens (an act which is also banned in mainland China), and is now looking to expand into new markets across Asia and the West.

Recently, the exchange launched its “Global Elites” program specifically targeted at regional leaders in several international cryptocurrency markets. And now, Huobi has received its first round of regulatory approvals to operate within the U.S..

Apparently bearish on China, Huobi is working towards developing its global market. Just this year, the exchange moved in on South Korea and Japan. It has also set up a new U.S. headquarters in San Francisco, which is set to be the new hub for its American operations.

Huobi is launching an exchange for cryptocurrency-only trades, which will most likely be managed separately from the company’s existing platform. While relatively limited, these early successes in U.S. markets represent a major achievement in Huobi’s global growth plan. However, it’s not out of the woods yet.

What’s Next for Huobi?

Huobi has tested America’s regulatory waters, and it has elected to take the safe approach and secure permits before beginning operations in financial gray areas. However, the company has yet to delve into the depths of our democracy’s bureaucratic waters – and they sure run deep. For example, money services businesses are not only licensed by FinCEN, they are also regulated independently by each state.

Coinbase, the most prominent and fully-compliant cryptocurrency exchange in the United States, reportedly spent $2 million to secure state-issued money transmission licenses. This process took years, and Coinbase was only able to successfully nail down licensing in about half of the U.S states.

Huobi is ambitious and smart, but it’s trying to move in on an extremely competitive global marketplace. To boot, they are working towards full compliance in a regulatory environment that has yet to be fully developed. Regardless, Huobi’s westward movement is a fascinating development in the global cryptocurrency markets. No doubt, several of us in the cryptocurrency community will be watching what it does next.