On Thursday, the United States Treasury Department announced new steps to crack down on cryptocurrency transactions with the help of the Internal Revenue Service. The Treasury Department’s press release was part of a larger announcement from President Biden that aimed to address tax evasion and compliance with tax law. The announcement comes in a year where cryptocurrencies and digital assets have shown unprecedented volatility, while also capturing the attention of businesses and the wider public as a whole. A wider acceptance of cryptocurrencies seemed to bode well overall, but the announcement from the Treasury raises questions about what’s next.

Cryptocurrencies and digital assets have garnered the attention of casual enthusiasts and big-name financial institutions in recent months. After Elon Musk publicly backed Bitcoin on Twitter in April, the popular cryptocurrency rose to more than $60,000. Musk doubled down on his Twitter comments, as Tesla invested $1.5 billion in Bitcoin. Since then, Goldman Sachs announced the firm’s intentions to begin offering cryptocurrencies to clients of its private wealth management group, proving again that digital assets could solidify themselves as a mainstream investment. All the while, popular coins like Ethereum continued to break records, while altcoins like Dogecoin rose to astronomical heights. 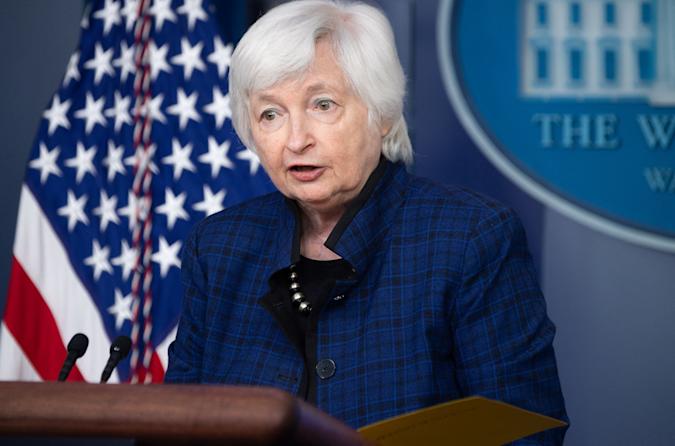 Despite the positive press, digital assets have gained some negative attention from the U.S. Treasury in recent months. Wall Street analysts have raised concerns that the Treasury and the Securities and Exchange Commission may intervene and begin regulating cryptocurrencies in any way they can. Thus, harming the allure of currency operating on a deregulated system. Treasury Secretary Janet Yellen recently spoke out about her concerns surrounding these assets, Bitcoin in particular. Yellen believes that Bitcoin is an extremely inefficient way of conducting transactions and is susceptible to rapid price fluctuations. Yellen’s comments may have been prophetic, as the value of Bitcoin has since fallen as low as $35,000 just one month after hitting its record high.

The decision to crack down on crypto came via the Biden administration’s tax enforcement proposal. Under the proposal, the President plans to invest nearly $80 billion into the U.S. tax agency through the year 2031 to improve compliance and revenue collections. Part of the proposal would require any cryptocurrency transfer of $10,000 or more to be reported to the Internal Revenue Service. Businesses dealing with digital asset exchanges of $10,000 or more would also need to report on those transactions. In order to meet these goals, the IRS workforce must double within the next decade, adding more than 86,000 full-time employees.

The Treasury believes that the new measures will help crack down on existing issues with the use of cryptocurrency in the country. In Thursday’s press release the Treasury shared that cryptocurrency poses a significant detection problem that could facilitate illegal activity, including tax evasion. The Treasury estimates the difference between taxes owed to the government and those that were actually paid in 2019 total $600 billion. The proposed plan could shrink this gap by roughly 10%.

The Treasury’s press release shared the organization’s beliefs that cryptocurrencies are gaining more attention, and that they believe this trend will continue over the next ten years. For that reason, that increased regulation of transactions is required to ensure that these assets are being transferred legally and responsibly.
.

Giving regulatory powers to both the SEC and IRS is an attempt to ensure investors are protected by market manipulation, but it seems the decision is already negatively affecting the market. Other experts have weighed in saying that the market currently has not considered the potential legal risk for some of the practices taking place. Regardless of enthusiasts’ positions, regulators in the U.S. seem determined to gain a foothold in the market to try and deliver on their promise of further legitimizing these assets.