The Chinese government announced its intentions to crackdown on cryptocurrency trading and mining this past Friday. The announcement comes a day after the United States Treasury released a statement regarding their interest in controlling crypto transactions in the U.S., and the pair of announcements started a spiral toward a record low for Bitcoin in 2021. As Bitcoin fell to $32,000, nearly $10,000 less than its value the week before, Chinese authorities continued to pressure the country’s banks and payment companies in order to stop crypto transactions. The charge is being led by Chinese Vice Premier Liu He, who attended Friday’s meeting with a number of high-ranking cabinet members, indicating the importance of their announcement. The efforts of Liu and the cabinet have had a monumental impact on the industry, and China’s decision could have an even greater impact over the next few months.

Embracing Tech While Cracking Down

The Chinese government has previously shared that it believes cryptocurrency and blockchain technology does have a place in society, albeit under their control. China has made strides to limit cryptocurrency trading in the past, noting the serious financial risks it poses. The ultimate goal is for China to use blockchain technology to roll out its own digital yuan in the next few years. That digital yuan will of course be controlled by its central bank, and if the government has their way, this release will coincide with the shut-down of other cryptocurrency trading and mining activities.

The concept of a digital asset being controlled by a central bank will clearly hit close to home for crypto enthusiasts who have embraced the idea of a decentralized network of currency transaction. China has been pushing the idea of a digital yuen for years, but the decision to crack down on cryptocurrency mining adds a new facet to the dilemma. Additionally, the decision to crack down on mining activity resonates with some of the news that has been circulating through the crypto community about greener mining activities. All of which have contributed to the extreme volatility of assets over the past month.

Since the invention of cryptocurrencies, China has been a global leader in the digital asset mining process. In fact, estimates suggest that China accounts for more than 75% of Bitcoin mining in the world. The mining of cryptocurrency is what makes more coins or tokens available, but the process requires large amounts of computing power, often requiring massive machines and staggering amounts of electricity. China’s loose restrictions regarding pollution have allowed miners in the country to take advantage of the opportunity to mine a variety of digital assets, often resulting in a lucrative operation for those who can afford such an elaborate set up. Now the country is taking notice, and it is unclear whether or not they are cracking down to go green or to get in on the action. 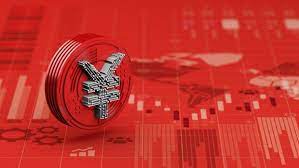 Large mining companies have already made strides to pull out of potential mining operations in China. HashCow, the worlds largest mining company, shared on Saturday that no more machines would be sold to Chinese clients and anyone who already paid for a machine but did not receive it would be given a refund. BIT.TOP, another big-name contender, also announced that it would no longer be offering mining services for clients in mainland China.

Jiang Zhouer, CEO of BIT.TOP, shared that he believes the government is working to prevent a flow of capital into crypto mining. He added that the clampdown may be focused on big mining farms, while individual operations should still be allowed to mine on their own. There is some indication, however, that the crackdown is also about the environmental risks, not the just financial issues.

Elon Musk recently took headlines in the United States for his comments on the environmental issues associated with crypto mining, and it seems like the Chinese government is trying to take a page out of his book. China alone is projected to generate more than 130 million metric tons of carbon emissions by 2024, just from Bitcoin mining. Such an environmental risk stands in stark contrast to the progressive climate plans set forth by President Xi Jinping, who has vowed that the country will be carbon neutral by 2060. While the government shares its concerns, others in the crypto industry has grown some concerns of their own.

In addition to the immediate fluctuations in the market, the decision by the Chinese government to stop allowing transactions and mining of cryptocurrencies could have large implications. The value of many cryptocurrencies is determined by the number of coins in circulation. Coins or tokens have a cap on how many of that particular asset can be produced, and the mining is what does the work to produce them. Without the mining sufficient to create the coins, then the asset’s value will be affected, and the cap on the specific coin or token will never be reached.

The latest moves by the Chinese government could force a major shift in the way cryptocurrencies are mined. Coins and tokens will have to find a new major mining hub somewhere else, or mining operations will need to find a way to go green. In the interim, the market will try to stabilize, while it is sustained by the number of coins available.