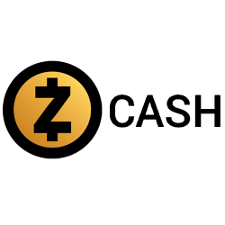 As many had predicted, 2018 is shaping up to be the year of the forks. Forked coins are popping up all over the place, from the handful of Bitcoin forks that emerged in the first quarter of the year to the first-ever forks of Litecoin and Bitcoin Cash. In their purest form, forks on a cryptocurrency’s blockchain are meant to improve the programming underlying the digital payment system. Unfortunately, however, most of the forked coins have turned out to be little more than thinly-veiled get-rich-quick schemes.

The upcoming Zcash fork, however, stands out from the crowded marketplace of forked coins. The fork, known as “Overwinter” is (ironically) set to launch this June, and developers promise that it will bring substantial improvements to one of the world’s top privacy-centric virtual currencies.

Bitcoin is the world’s first cryptocurrency, and it was designed to run using a public blockchain ledger. As a result, every Bitcoin transaction ever made is a subject of public knowledge. Obviously, this raises some automatic privacy concerns. After all, you don’t want everyone in the world to know what your doing with the money in your wallet – including your virtual one.

Since only your wallet’s public key is listed on the blockchain, most Bitcoin users feel that their identity is sufficiently protected. However, the level of privacy protection afforded to the average blockchain currency user just isn’t enough for some transactions.

This is where Zcash comes in. Like similar coins Dash and Monnero, Zcash fills a privacy niche in the cryptocurrency market that many investors seek out to perform anonymous transactions. The cryptocurrency is designed to run without disclosing your information on a public blockchain ledger. It provides a “secure transport layer” for transactions, which prevent the disclosure of information like the sender, recipient, or amount. This technology allows Zcash users to access the benefits of blockchain technology without having to disclose any of their private information.

Why a Zcash Fork?

Despite what frivolous forks like Bitcoin Candy and Bitcoin Platinum would lead most of us to believe, forks are meant to provide technological upgrades to the underlying crypto blockchain. The Zcash development team is creating the Overwinter fork to integrate new functionality to the existing network. According to the Zcash blog, Overwinter is meant to ease the integration of future network updates, including “Sapling,” the cryptocurrency’s next planned fork. In fact, many crypto experts believe that Overwinter’s primary purpose is to lay the groundwork for a series of future upgrades.

The Zcash upgrade will not result in the typical free-for-all airdrop that many Bitcoin investors have come to expect. Instead, the fork is better understood as an honest-to-goodness upgrade. The company claims that everyone who keeps their Zcash software up-to-date will receive the newly-upgraded coins. Someone could possibly miss out on the upgrade if they maintain a private node manually configured to old code. However, the upgrade will not split the Zcash blockchain, nor will it create a new coin.

Overwinter itself will not create much of a noticeable difference in the Zcash user experience. Rather, it’s an upgrade focused on easing the integration of a slew of additional upgrades to come in the future. Zcash plans to release Sapling just a few months after Overwinter, and this upgrade will speed up transaction times on the network. While the future upgrades the development team at Zcash will cook up are anyone’s guess, the launch of the Overwinter fork this June will surely pave the way for several new features for one of the world’s leading privacy-based virtual coins.