What is the Segwit 2x Fork?

Segwit stands for “Segregated Witness”. Segwit2x is a proposed update to the Bitcoin blockchain network. In response to issues of slow transactions, Segwit 2x will increase Bitcoin’s block size to 2 MB, making transactions much faster. With Segwit2x, data will also now be stored more efficiently in each block, improving the blockchain’s capacity. It also will add increased compatibility with outdated versions of Bitcoin software.

Two updates using the Segregated Witness technology have been planned so far, both connected with the “New York Agreement” which took place in May this year. In August, a “soft” fork took place. This took the form of the Segwit update, which brought in the Lightning Network to the blockchain. Now, despite vocal criticism from within the community, developers are continuing with the plan to implement Segwit2x on November 16th.

Segwit2x brings sidechain implementation, and is touted as a solution to current scalability issues. The update means that transactions between two different addresses will occur much quicker, an issue that has long plagued the Bitcoin. By increasing the block size to 2 MB per second, transactions should occur much more quickly. With Segwit2x, data will also now be stored differently in each block, improving blockchain’s capacity. It also will add increased compatibility with outdated versions of Bitcoin software.

Contrary to the August Segwit update, which was a “soft fork”, Segwit2x will be a “hard fork”, and will change Bitcoin’s protocol to such an extent that a new coin will be created, resulting in a new network and adopt the new terms and rules. 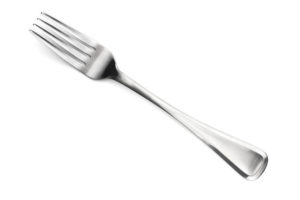 However, such occurrences are not unusual. On August 1st, there was a hard fork leading to the creation of Bitcoin Cash, and a few weeks ago, another fork took place that created Bitcoin Gold. In most cases so far, the forks have not substantially damaged Bitcoin’s rise in value.

Although it has been planned since May, the hard fork is an issue of contention within the Bitcoin community, and the change does not come without vocal detractors. Some prominent developers and community members have argued against the update.

One point of criticism has been the choice implementing opt-in replay protection, rather than the strong replay protection implemented by bitcoin cash hard fork. Detractors believe this will compromise security of the overall blockchain and create additional, unnecessary complications.

One fear is that with the new system, two bitcoin transactions will be able to be copied from each other (“replayed” from one chain to another) without the necessary protections in place to ensure that copy-only transactions are not valid. This has created considerable controversy.

However, to many, the benefits of the update outweigh any potential complications. Right now, Bitcoin’s blockchain is rather slow to process transactions (it is capable of processing one-megabyte’s worth of transactions every ten minutes.) This means that the maximum speed is between three and seven transactions per second. A steady increase in users means that the network is growing slower and slower.

The Bitcoin Cash fork already implemented an attempted solution to this problem: increasing block size. The block limit for Bitcoin Cash is eight megabytes; thus, it is faster, with more processing power, than Bitcoin. However, that fork’s detractors argue that an increased block size is only a temporary fix, and that the problem will return. Another attempted solution, undertaken in the fork that created Bitcoin Gold, lowered the mining difficulty, and allowed blocks to be added to the blockchain much more quickly.

The upcoming SegWit2x fork will create a new currency that will double Bitcoin’s block size to two megabytes. Additionally, transactions under SegWit2x will be smaller in terms of data size.
Some commentators are predicting that the fork will keep Bitcoin prices at $7,500, while others have expressed worry that it will fragment the market and send prices down. However, as we have seen many times in the past, those who’ve been able to hold onto their Bitcoins through such changes have reaped the rewards.