A Bitcoin Fork You Probably Haven’t Heard of… 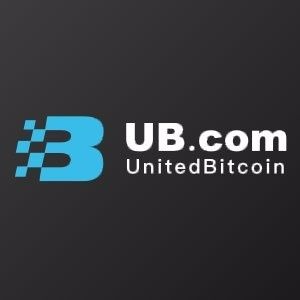 There have been a number of controversial forks in Bitcoin’s history that you’re probably well aware of by now, but there was a recent hard fork that you probably had no idea about. A new cryptocurrency called United Bitcoin was forked from the Bitcoin blockchain at block height #498,777. Unlike other crypto projects that were forked from the Bitcoin blockchain, such as Bitcoin Cash or Bitcoin Gold, United Bitcoin (UBTC) received very little media attention and most Bitcoin holders don’t even know it exists.

The idea for United Bitcoin was thought up by the software engineer and entrepreneur, Jeff Garzik, after SegWit2x didn’t reach consensus and failed to be implemented. This new cryptocurrency will utilize proof of work, and have a larger block size, new security features, and feature several other improvements. One of the main benefits of UBTC is that it will support smart contract functionality, which means it will be able to add virtually unlimited application scenarios. It will also have the Lightning Network which will allow for nearly instant everyday transactions to be processed with 10 minute blocks.

A snapshot of the blockchain was taken at block 498,777, so anyone who owned BTC at that time is entitled to an equal amount of UBTC coins. The main hurdle facing United Bitcoin is that to create a UBTC wallet address, you need to first verify your identity and provide an email address & phone number. One of the major benefits of vanilla Bitcoin is its pseudonymous nature, so many holders of BTC are hesitant to provide this level of personally identifying information.

It is unclear why this controversial hard fork was not covered by big media outlets, but many of these large news websites have not written a single blog post or mention of UBTC so far. Some early Bitcoin supporters believe that hard-forked coins and other altcoins with “Bit” in their name are confusing for new cryptocurrency investors. For this reason, a lot of Bitcoin owners are not keen to the idea of hard forks to the Bitcoin network. The only real benefit they see is that the forks often result in “free money” or airdropped coins for BTC holders.

The Future of United Bitcoin

Regardless of what happens with the original Bitcoin, United Bitcoin does have a solid team of bright people behind it. This includes several members of the blockchain technology company, Bloq. The most notable members of the United Bitcoin team include Jeff Garzik, Matthew Roszak, Wilson Choi and Wouter van der Schagt, among others.