One of the most controversial hard forks to date has been abruptly canceled following vocal and divisive criticism from the community, amid fears of substantial complications.

There had already been considerable disagreement surrounding the proposed update. Of the companies that supported the so-called “New York Agreement” which put forward both the August 1 Segwit soft fork, and the November 16 hard fork, nearly wavered on their supportive stance. The companies that backed out include F2Pool, Bitwalay, and Wayniloans. 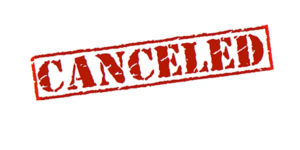 Mike Belshe’s post attributing the sudden change of plan primarily to a lack of community support. He writes, “the Segwit2x effort began in May with a simple purpose: to increase the block size and improve Bitcoin scalability. At the time, the Bitcoin community was in crisis after nearly 3 years of heavy debate, and consensus for Segwit seemed like a distant mirage with only 30% support among miners.”

However, he also reminds users that the August Segwit “soft fork” update, which was also fairly contentious, was successful, and predicts that the issues that led to Segwit2x being proposed will soon prove intractable, stating, “As fees rise on the blockchain, we believe it will eventually become obvious that on-chain capacity increases are necessary. When that happens, we hope the community will come together and find a solution, possibly with a block size increase. Until then, we are suspending our plans for the upcoming 2MB upgrade.”

Other key figures and developers have also spoken about the change. Bitcoin entrepreneur Charlie Shrem went so far as to publically apologize for his involvement in the plan, to mixed responses.

Segwit2x would have used the code BTC1 in its update, which took the form of a hard fork.
A hard fork is a protocol change that requires every Bitcoin user to move over to a new network, and to adopt different rules. This has its advantages, but also its disadvantages, and typically garners considerable discussion by proponents and opponents.

Advocates of the Segwit2x update emphasized its 2 MB increase to the blockchain, potentially raising transaction speeds, lowering fees, and decreasing waiting time, as well as increased compatibility with old software. Another key argument used by proponents was that Bitcoin needed additional capabilities in order to successfully compete against other, newer cryptocurrencies that are already being used as standalone methods of payment.

However, opponents vocally protested potential complications arising from its lack of increased security to match the advancements.

As a hard fork, Segwit2x was not to be an optional change for Bitcoin and blockchain users. If the SegWit2x had been successfully implemented, any user who was not willing or able to upgrade to the new software will no longer be considered a member of the network. This issue divided the community.

The Future of Segwit2x and Bitcoin

It is currently unclear whether the Segwit2x will be planned for the future once potential issues are addressed, or whether the question is off the table for the meantime. Either way, Bitcoin’s price appears to have benefited. Time will tell whether Segwit2x’s proponents or naysayers were justified, and to what extent the proposed upgrades are desired and needed as the coin and its technologies develop further.