The Lightning Network is a technological innovation that may be the golden ticket cryptocurrency market needs to get out of its slump. Jack Dorsey, co-founder and CEO of Twitter and founder and CEO of the Square payments service, has expressed a clear desire to see the implementation of the lightning network across Square’s cash transfer services. And given that Square’s Cash App became the number one financial app downloaded from Google Play last December, Dorsey’s excitement over the future of cryptocurrency spells good things for the future of fintech.

When it came out, Bitcoin was hailed as a near-instant, near-free solution for micropayments and digital financial transactions. But as it turns out, this first-generation technology is not a nimble as many had hoped. In fact, now that Bitcoin has been around for nearly a decade, its technological shortcomings have come to light.

Scalability is the crux of the issue with the mainstream application of Bitcoin and other value-driven cryptocurrencies. As transaction volume increases, transaction speed slows down and costs ramp up. Clearly, the diseconomies of scale that characterize the Bitcoin network offer a valid counterargument to the claim that fintech is the future of digital transactions. 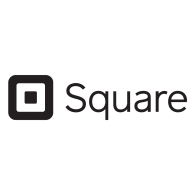 With the current technology, most Bitcoin transactions cost around 1 millionth of a Bitcoin per transaction – up to $3.50 at current prices. However, if the Lightning Network is deployed, these fees will dropped down to nearly nothing. In fact, some lightning nodes actually route payments without charging a fee at all. But is Lightning the key to fulfilling Dorsey’s prophesy, that Bitcoin will one day become the “native currency of the internet”?

The Power of a Positive Perspective

Cryptocurrency investors had a rough 2018, and this year isn’t shaping up to be the bull run many HODLers had hoped for. Notwithstanding, Dorsey maintains a positive outlook on the future of the cryptocurrency markets. Decentralized technology is consistent with the core ideals of the internet age, and innovation is in its blood. With tech leaders like Dorsey lighting the torch for new fintech innovations, there’s no telling what’s coming in the digital currency markets. For his part, Dorsey is committed to demonstrating the benefits and functionality of the Lightning Network. And given that he’s the co-founder of one of the world’s most popular financial apps, Dorsey’s support is sure to help the Lightning Network and similar innovations move from concept to reality.

Bitcoin is far from reaching its full potential as a low-cost, high-speed, secure means of sending and receiving money. However, improvement is possible. The Lightning Network represents one such improvement, and it’s helping to foster a positive outlook on cryptocurrency’s future.