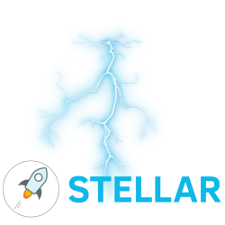 Earlier this week, Stellar (XLM) announced a technical plan for integrating the Lighting Network into their existing blockchain technology. This upgrade is designed to help this increasingly popular cryptocurrency scale even faster by increasing transaction efficiency, throughput, and privacy.

However, like most other cryptocurrencies, Stellar has seen a tough start to 2018, and there are some concerns that this announcement is just a thinly-veiled attempt to bolster sagging coin prices.

What’s the Big Deal About the Lightning Network?

Bitcoin broke new ground as the world’s first cryptocurrency back in 2009, but it has it’s problems. Chief among them is the major scalability issue that comes part-and-parcel with the mining-based transaction verification process performed by blockchain ledgers. Transactions are verified through blocks, and each block is limited in size.

As more and more transactions are processed for a particular coin, the block size creates a bottleneck. After all, each block can only handle a maximum load of transactions, and verifying a block takes time. So, as cryptocurrencies get more and more popular, they get less and less efficient.

The Lightning Network is a protocol that runs on top of a blockchain and is meant to cure this scalability issue. Proposed by two developers – Thaddeus Dryja and Joseph Poon – in 2015, Lightning is designed as a system of decentralized channels that can perform transactions securely and efficiently. These channels open up between the parties involved in a transaction and can be used continuously for payments and transfers until it is closed. Because it creates a limited universe of just the parties to a particular transaction, the Lightning Network can process payments incredibly fast. Mining is all but irrelevant, and transaction fees are near zero.

Lightning was originally developed as a tool to address Bitcoin’s scalability problems, but this issue is not unique to the internet’s oldest coin. Litecoin and Bitcoin are in a race to the finish for the integration of Lightning Network technology on their platforms, and other cryptocurrencies like Ether and Ripple aren’t far behind. Lightning is on a race to the finish, and it just released it’s fourth build of software that runs on the Bitcoin blockchain. However, the programming is complicated, and any quality testing for such a profoundly innovative evolution of blockchain technology would surely be extensive. As a result, many experts believe that any functional Lighting Network may not be developed until far in the future, if not impossible altogether.

Lightning and the Future of Stellar

The Stellar development team has been working toward Lighting integration for years and the tentative launch isn’t scheduled until December. Taken along with the ongoing technical challenges facing Lightning’s real-world functionality, this extended timeline raises a real concern. Is Lightning integration is actually on the table for Stellar, or was this week’s announcement merely a PR move?

Stellar’s announcement regarding Lightning implementation comes directly on the heels of a meaningful dip in the price of XLM has raised some eyebrows as well. Over the past week, XLM has dipped from nearly $0.30 to a low around $0.16 before recovering. Stellar’s announcement regarding Lightning Network implementation occurred the day after the coin hit its YTD low, which calls into question the true intent behind the press release.

Some experts are concerned that Stellar is using Lightning’s buzzworthiness to fuel speculation in XLM. In truth, a fully-functional Lightning Network is still far away, and planning implementation of an aspirational technology far in the future is not particularly encouraging. Everyone in the cryptocurrency community would benefit from the integration of Lightning into any blockchain, but when and whether this will actually occur is still purely speculative.