Suffering from US-imposed sanctions along with one of the worst coronavirus outbreaks in the world, Iran is no stranger to tough times. Falling right in line with that is the fact that blackouts—the loss of electricity to homes and businesses—are a regular occurrence in large swaths of the country; especially those that are most densely populated. Despite the somewhat normalcy of blackouts, Iranian officials are taking a closer look at the cause of recent blackouts, and the results were as surprising as they were perplexing.

Despite being a regional and global energy powerhouse, Iran’s domestic energy infrastructure is aging and riddled with inefficiencies. This one-two punch is usually enough to account for most blackouts, but the government is saying that cryptocurrency farms (or mines) are becoming an increasingly large problem. 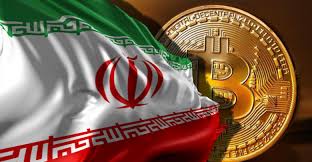 According to the Washington Post, Iran’s Tavanir state energy company recently announced that it had shut down a ‘cybercurrency center’ that was mining Bitcoin. The Chinese-Iranian company behind the operation was, technically, not breaking any laws as it was licensed to operate, but was shut down simply because of its egregious energy consumption.

Just the Tip of the Iceberg, or Overblown Accusation?

Iranian officials have, for a while now, called out legal crypto mining operations as being a massive strain on the country’s energy infrastructure, but have more recently pointed at illegal mines as those spurring blackouts, amongst other issues. But whether legal or not, those within Iran’s cryptocurrency industry are saying that the government is simply displacing blame and not focusing on wider, largescale infrastructure deficiencies.
Ziya Sadr, who is a crypto researcher in Tehran, told the Washington Post that “miners have nothing to do with the blackouts.” He went on to say that “it is a known fact that the mismanagement and the very terrible situation of the electricity grid in Iran and the outdated equipment of power plants in Iran can’t support the grid.”

As backwards as it may seem, Iran offers some of the cheapest energy rates in the world. As a result of this, it is easy to see why cryptocurrency mining might seem so appealing to those in Iran. What’s more, with Iran being the constant subject of sanctions from countries like the United States, Bitcoin could also theoretically thrive as a medium of exchange unencumbered by any external sanctions. Unfortunately, it is winter in Iran and power plants are struggling to keep up with the demand for natural gas in order to heat homes and businesses. With the added strain of crypto mining, it is not difficult to understand why the energy grid is being negatively impacted so frequently.

While all of this may paint the picture of Iran being a cryptocurrency ‘Wild West’, that is actually not the case. Upon the emergence of illegal cryptocurrency mines in the mid-2010s, Iranian authorities cracked down while legislators got to work. This culminated, in 2019, with the passing of legislation that regulates the cryptocurrency industry, specifically the mining aspect of it. If mines apply for and receive a license to operate, they can consume electricity freely, only at a higher rate than that paid by the general public. While this is a step in the right direction, it does little to quell the overarching issues facing the energy industry in Iran. Not all Bitcoin miners choose to apply for licenses, and therefore there are countless numbers of illegal mines operating each and every day.

As cryptocurrencies become increasingly popular and mining ever more important, it will be interesting to see if Iran can take this situation and turn it into an economic advantage, or if the strains on an aging energy infrastructure will bring about largescale, long-term outages for a general public that already faces much plight from both internal and external forces.