Why Bitcoin is More Valuable Than Other Cryptocurrencies 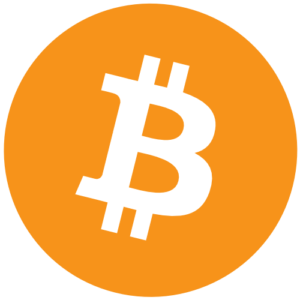 Bitcoin and its underlying blockchain infrastructure is a technology that was predicted by researchers to not enter society for at least another one hundred years. Thanks to visionary Satoshi Nakamoto, Bitcoin was born and the magic of cryptocurrency entered our imaginations. Since Bitcoin’s birth, there have been plenty of other promising cryptocurrencies that all seem to have paled in comparison to the original hype.

Why have no other digital currencies been able to achieve the dramatic price increases that Bitcoin has?

There are multiple factors responsible for this phenomenon. Bitcoin is the original archetype for the cryptocurrency movement, and this is for good reason. Its trusted infrastructure, mass usability, and large user base has helped it rise to superstar status. In order to understand why it is the most valuable form of digital currency available, we must first look at its history.

In January 2009, Satoshi Nakamoto unveiled the peer-to-peer electronic cash protocols that would come to be known as Bitcoin. This wave of future-tech being introduced to society was not well understood at first, as its proponents were working out and beginning to understand its potential.

In the early years, Bitcoin gained notoriety for its use in the black market. While this hurt its reputation in the short-term, it demonstrated Bitcoin’s ability to safely and completely anonymously conduct transactions between two parties. People began to see its potential applications to society, and how it could fundamentally change the way transactions are handled.

Blockchain Technology is Released to the World

The fundamental innovation of Bitcoin at the time was the introduction of blockchain technology. The blockchain allows for a distributed ledger, a design that minimizes trust in a single entity, and distributes storage of data across “blocks” in a network. This blockchain technology is also what allowed for the many other cryptocurrency visions to become reality.

Since it came as a direct result of shady banks and real estate purchasing tactics, the blockchain sought to remove the chance of a single entity, such as a bank, holding all of the responsibility and sensitive information of millions of vulnerable patrons. Bitcoin was the first cryptocurrency to establish and outline blockchain technology, and it allowed for the rest of the currencies and their unique niches to be invented. Blockchain technology is an innovation that reaches beyond Bitcoin itself, and is part of the reason it holds so much prowess and respect in the crypto community.

Why Bitcoin is More Valuable

Bitcoin is the most valuable cryptocurrency – both by its price and market cap – for a variety of reasons, including:

According to recent estimates, there are over 10 million Bitcoin wallets in existence across the world. With this many people invested into the technology and eager to utilize its easy and secure transactions, the value of the currency has soared. This large of a user base only adds to its credibility, and has only helped to attract more and more investors and participants. As more people have been captivated by this technology, the demand has surged, causing the price to act similarly.

With industry titans such as Amazon and McDonalds hinting at Bitcoin payment systems by the end of 2018, the currency is poised to reach real mainstream adoption very soon. The value of Bitcoin will only continue to rise as more and more vendors worldwide consider its integration. This widespread adoption will increase the demand for Bitcoin as consumers realize the large amounts of time and effort, not to mention the peace of mind, that comes with transacting with digital currency.

As mentioned, Bitcoin was the first digital coin to introduce not only the concept of cryptocurrency, but the infrastructure that allows it to be so beneficial. This set it as the authority figure for the space. When new and curious consumers want to join the movement, they do so through Bitcoin the majority of the time due to its notoriety and mainstream media attention. The value of Bitcoin is only added to when new users enter the blockchain, and since it is the most recognizable, most new users end up owning Bitcoin.

Bitcoin is credited with inventing the concept of a blockchain, or distributed ledger. Other platforms, such as ethereum and litecoin, have also built their currencies on this infrastructure due to its ultimately secure and private nature. The main negative press associated with Bitcoin is that it is a “bubble”, and that the technology can not provide what it promises.

The viable and trusted blockchain infrastructure has kept many people’s holdings secure and their Bitcoin transactions private, proving its viability and value to society. The main concerns with lost holdings and decreased security come from third-party platforms that had their centralized servers compromised, Coinbase being one example.

Since Bitcoin can be adopted and used by any business entity or individual, its potential use throughout society is enormous. This potential has not gone unnoticed, and is a big reason why the value has continued climb. Those involved in the space understand the technical aspects, and how it can truly revolutionize personal as well as business transactions.

Without Bitcoin, platforms such as Ethereum, whose smart contract powered currency has the most technical use cases apart from transactions, would not be around today. Ethereum is the second most valuable digital currency available, but it still pales in comparison to Bitcoin.

Bitcoin vs. Other Cryptocurrencies

Crypto enthusiasts across the world have pointed to entities such as Ethereum and EOS as the true digital assets that have the most potential use cases for modern and future society. Why, then, are the value of these currencies so much further below that of Bitcoin?

The answer is in current adoption. Ethereum has a vast amount of real-world use cases that could truly make the world a better, safer, more efficient place, but these ideas are still just ideas, and have yet to be adopted and utilized on a mass scale. Bitcoin transactions are conducted every day by ordinary people, while these Ethereum dreams have yet to reach adoption. The key reason Bitcoin is so far ahead in value is because it is the trailblazer that is working to bring this new mode of currency and technology to the mainstream world.

Apps and developers that are helping to facilitate mass use of bitcoin are simultaneously helping secure the future of Ethereum and other digital currencies as well. As Bitcoin increases in value, other inventive and disruptive digital currency platforms get closer and closer to realizing their visions and putting their currencies in the hands of those that need it.