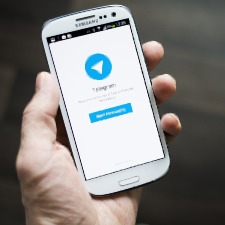 The Initial Coin Offering phenomenon hit a new peak last week with the launch of what is already the most successful ICO ever. Telegram, an encrypted chat app that has roughly 200 million active users, launched the first round of an ICO for its GRAM coin. The GRAM ICO has already raised $850 million in its first pre-sale round. This puts the company well on its way towards meeting its staggering $1.2 billion funding goal. Of course, there are skeptics.

One Forbes writer has even called the Telegram ICO a “scam among cryptocurrency scams.” But with Telegram’s massive customer base and disruptive corporate culture, it could be the next big thing in blockchain technology – or – it could be a pump-and-dump scheme, the likes of which the world has never seen before.

Telegram’s record-breaking token sale is very exciting. However, the valuation of the project that these funds are going towards are a bit fuzzy. The pre-sale was done by invite-only, and only venture capital firms were given the opportunity to buy GRAM at a discount. Telegram plans to hold a public sale in March, and there are already reports of tokens purchased in the pre-sale being sold for double their value.

The proceeds from the GRAM token sale are meant to go towards the company’s Telegram Open Network (“TON”), which boasts the ambitious goal of establishing the basis for a decentralized internet. Telegram is working on developing crypto-based services to compliment its messaging app, including distributed file storage, VPN services and TOR-like secure browsing, payment services, and services for decentralized apps and smart contracts. The GRAM tokens would be used on the TON network to pay for these apps and services. With nearly 200 million customers ready and willing to take advantage of all these new services along with an established team that has already proven its technological chops, investing sounds like a no-brainer. There’s only one problem: a total lack of profitability.

In general, venture capitalists commit money to new ventures with the intention of making more money than they put in. Despite Telegram’s scale, it’s funded entirely by a sizable donation from its independently wealthy founder, Pavel Durov. Telegram’s own website is very clear that “profits will never be an end goal.” Rather, it appears that they plan to keep building free applications for ideological reasons.

So, TON profitability isn’t necessarily on the table. But why have venture capitalists spent $850 million to fund a project who’s goal isn’t to make them any money? Telegram required a minimum investment of $20 million in its pre-sale to encourage big-money investors to participate. But how are these big investors ever going to get that money back if it’s going towards the development of free applications? Of course, there’s one possible answer to this question: they plan to hold the tokens until the public sale, and then sell the discounted GRAM coins as soon as they can.

Telegram does have a high likelihood of actually developing the products and services that the ICO is meant to fund – a fact that sets them apart from the crowded marketplace of new coins. If they really do build and launch the TON network, it will be break-the-internet level technological disruption. Not necessarily because of TON’s technology, but because Telegram already has hundreds of millions of users.

But ignore Telegram for a moment – what about the guys putting upwards of $20 million each into the GRAM pre-sale? What do they get out of it? This is a question that should be on everyone’s minds, since a sudden dump of $1 billion in GRAM coins could have catastrophic consequences on not only the price of GRAM tokens, but also the market as a whole.