Inspired by Bitcoin, Litecoin is one of the top cryptocurrencies, in terms of both technology and market capitalization. It was created in October of 2011 by a man named Charlie Lee, and is currently one of the most popular cryptocurrencies for online gaming. Litecoin transactions, like most all cryptocurrencies, are done exclusively online and can be used to send peer-2-peer payments virtually instantly. Besides these benefits, there are a number of other unprecedented advantages of transacting with Litecoin, the main ones being that transactions are pseudonymous by nature, nearly instant, and no third party has to be involved either so it’s all low-cost.

Because of this dramatic breakthrough in how conveniently people can move money around, Litecoin also became available as a payment/withdrawal method with online casinos. Since Bitcoin came out first and was a smashing success, they are the top cryptocurrency used for gambling online but Litecoin, while it’s still a distant second remains ahead of the other gambling cryptocurrencies.

You have to dig a little deeper to see who takes Litecoin. Any time you research cryptocurrency regarding online gambling you initially get overrun with information about Bitcoin casinos. For the most part, the casinos that allow Litecoin are the smaller time gambling sites and there are a bunch of them. What makes them smaller is that they mainly feature casino games like Roulette, Blackjack, Craps, and other dice games. Having the live casino for these games is also becoming a more and more standard luxury as it enhances the experience with some interaction. In addition, they also have a huge selection of slot machines along with video poker and a variety of jackpot games. 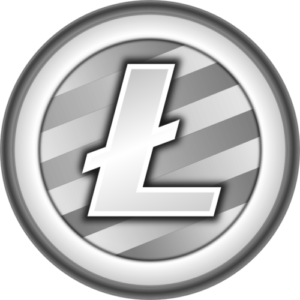 Not all the sites that accept Litecoin necessarily offer promotional bonuses. These sites are worth avoiding because if you are going to put the time and money into gambling, what would be the point in not receiving free play or cash in compensation for all the action you are giving on one site when you could be on another?

Also note that many of the smaller time sites emphasize that all their games are “Provably Fair” and this is something you want to know has happened before you start gambling. Provably Fair simply means that all the probabilities for each game have been verified so there is no possibility that you are being cheated. Any site that makes the effort in doing is that much more appealing for having taken the time to demonstrate their gambling experience from a mathematical perspective will be just like an actual casino’s. If Provably Fair isn’t written anywhere it certainly does not mean you are getting cheated, but better safe than sorry.

For Litecoin takers, it is unusual to come across a site that has either a poker room or a sportsbook and any site that has one also has the other, as poker and sports betting go together like bacon and eggs. All the major sites have both, and there are a few that take Litecoin. Bovada, the very top site currently does not, but several bigger name sites that do are Betcoin.ag, Sportsbetting.ag, and BetOnline.ag. In most cases, all the logos of acceptable payment methods are listed at the bottom of the homepage, but not always, so it is a good idea to click the cashier, ask customer support over life chat, or call the toll-free number to confirm.

Legality and Risks For Using Litecoin

Since Litecoin is encrypted, your money should be safe as you move it around but when there’s a will there’s a way, and anything done online has the inherent risk of potentially being hacked. It isn’t something worth getting overly concerned about but it is recommended to make yourself aware of what sites have reimbursement policies just in case.

The greater concern are the sites themselves. With many Litecoin takers being relatively unknown as many gambling sites come and go, you just have to educate yourself on who is reputable. There is nothing unusual about a story coming out about somebody having either a withdrawal or bonus claim denied by an offshore site over some effectively made-up reason. Any site that has been around for at least a year or two should have plenty of reviews which should at least help you figure out who is worth avoiding, however, at the end of the day, no matter how much research you do, the fact you are transacting business to an offshore site that has a lot more power than you do will leave you with almost no recourse if you run into a problem.

From a legal perspective, U.S. customers have nothing to worry about as they have never been liable to get into any trouble. Currently, most sites including all the major ones are accepting business from the U.S. Whichever ones do not typically block you as soon as you try to access the site saying you are outside their legal location.

The Unlawful Internet Gambling Act of 2006 (UIGEA) misled a lot of Americans into believing online gambling was made illegal. That may or may not have been the UIGEA’s goal but it is not the case. Offshore gambling sites only have to follow the laws in their own jurisdiction. When the UIGEA was signed, many gambling operators stopped taking U.S. business mainly because they just didn’t want to deal with all the chaos.

The Future of Litecoin Casinos

Since there are a few big sites that already take Litecoin, it seems reasonable to think more will take them on sooner or later because of the domino effect. With online gambling being the competitive market that it is especially for U.S. customers, all the sites will want to stay on top of giving the people what they want before they start losing business.

Litecoin is cited as Bitcoin’s little brother and because of that, Bitcoin is going to stay at the front of the pack. Just about everybody offers Bitcoin and their deposit bonuses heavily incentivize you to use Bitcoin as it is the easiest option for everybody. Unless Litecoin spikes in value, it rates to remain the second most flexible choice. There is speculation that one day, cryptocurrency will be the dominant method for how everybody spends money. If it does work out that way, you can definitely count on seeing Litecoin being offered all over the map for online gambling along with the other cryptocurrencies still on the rise.