Band OneRepublic Makes History by Being Paid in Bitcoin

As cryptocurrencies like Bitcoin, Ether, and Dogecoin become common household names, the perpetual question regarding their usefulness within the context of modern finance cannot be ignored. Over and over, crypto skeptics point to the fact that, despite their ever-increasing value, most cryptocurrencies are incapable of competing with classic forms of payment, specifically credit and debit cards. As time presses on, it seems as though these skeptics have less ground to stand on, because the acceptance of cryptocurrencies as payment is something we are hearing about on a seemingly weekly basis.

Just this week, Grammy-nominated band OneRepublic announced that they have accepted payment for 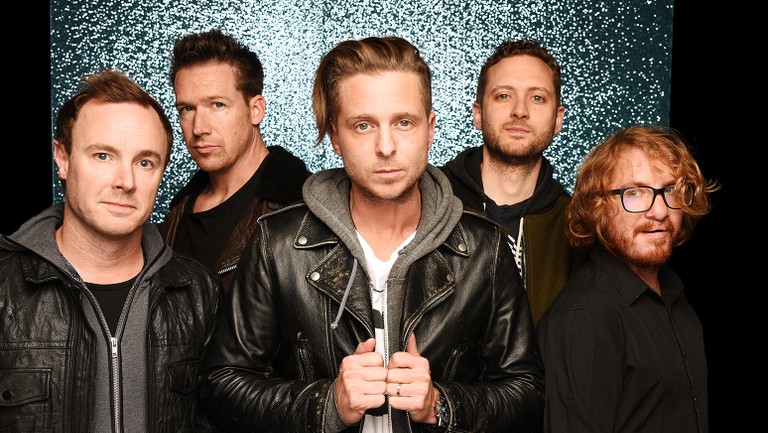 a concert in the form of Bitcoin, according to Variety. Though it is unclear whether or not the music group will continue to accept cryptocurrency payments for performances going forward, it is another high-profile and public showing of Bitcoin’s usefulness in the real world.

A Trend Being Set?

In speaking to Variety, OneRepublic frontman Ryan Tedder explained that he had accepted Bitcoin for a performance in Austria earlier in November. Even more, he explained that the payment was facilitated by way of payment processor Strike; a company that is also slowly but surely making a name for itself.

Extrapolating further was Tedder when he said, “My band and I are so happy to be a part of something that we believe is, without question, the future of how payments are transacted for unlimited amounts of assets, performances, services, purchases, music, etc. around the world. Whether it’s artists using NFTs to fund albums with their fans or bands being paid for concerts in crypto, music & tech go hand in hand. With that in mind, it only made sense for us to take the next logical step. I also have an upcoming private concert in December I’m planning on taking Bitcoin for.”

Tedder has previously spoken about his interest in NFTs, and it seems that as far as bands go, OneRepublic is certainly leading the way in terms of making acceptance of cryptocurrencies for payment for performances.

The OneRepublic news, though mostly a small drop in a larger bucket, comes on the heels of news regarding movie theaters—particularly AMC—considering the acceptance of cryptocurrencies as well. Earlier in 2021, AMC’s stock was the center of headlines as part of the “meme” trade craze that gripped the United States last winter. Now, looking to build on that momentum, AMC says it will imminently begin accepting Bitcoin and Ether payments for all purchases made online.

In other words, if you buy your movie tickets prior to showing up to the theater, you will be able to execute that transaction with Bitcoin rather than your debit card or some other payment processor such as PayPal. Naturally, because AMC made this announcement earlier this month, other movie theater chains such as Regal are expected to follow suit.

While all of this may seem like fragmented news of only moderate significance, it speaks to the larger transition of cryptocurrencies shifting from being a niche topic followed by a peripheral group of people to a topic that is very much mainstream. We are likely still years away from Bitcoin and Ether being accepted anywhere and everywhere, but as we are seeing with movie theaters, it only takes one industry leader to begin setting a new trend. We are hearing more and more about professional sporting venues accepting cryptocurrencies, and that is something we will very much keep an eye open for as we close out 2021 and head into the new year.