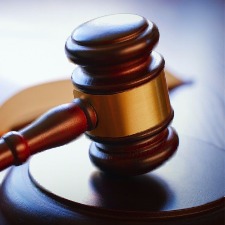 The law moves at its own pace – usually, a very slow one. While most of the federal regulators in the crypto space have had policies regarding virtual currency in place for a few years now, they haven’t done much about it. That is, until very recently.

Cryptocurrencies are edging closer and closer to Main Street USA. Bitcoin has become a household name, and the many coins that followed it are offering innovative new financial products and services. Virtual currencies are changing the financial world as we know it, and it’s an exciting time to be involved in fintech. However, recent efforts by U.S. federal law enforcement agencies indicate that cryptocurrencies – and Initial Coin Offerings in particular – are under more regulatory pressure than ever.

SEC Ramps Up Enforcement to Curb Fraud and Abuse

The Securities and Exchange Commission (SEC) set out its official policy regarding ICOs with the DAO case last July. Long story short, ICOs must comply with federal securities laws, which include extensive registration and SEC approval requirements. However, in the few short months since the SEC laid down this policy, hundreds of ICOs have launched token sales without regulatory approval. Dozens of new coins have been launched in 2018 alone, and not a single one has been approved by the SEC.

Nearly every ICO out there was launched in flagrant disregard of U.S. securities laws. Needless to say, the SEC is not happy about this. And when federal regulators aren’t happy, they start bringing down the hammer. Just a few months ago, the SEC established a Cyber Unit specifically targeting ICOs suspected of securities violations. And unlike many similar bureaucratic taskforces, the Cyber Unit is really doing its job.

Over the past three months, the SEC’s new Cyber Unit has brought charges against two new coin issuers, PlexCorp and AriseBank, and settled ongoing litigation with a third. In December, the agency dragged PlexCorps and its founders – the originators of PlexCoins – into federal court.

Just one week later, the SEC shut down an ICO by Munchee, a California company that created an app for restaurant reviews. In order to avoid further fines and penalties, Munchee voluntarily ceased the token sale and returned the money it had already raised from investors. In January, the SEC was at it again. The agency got a court order to stop AriseBank from continuing its ICO for AriseCoin, which it claimed to be “an outright scam.”

The SEC hasn’t made much of a dent in the massive cryptocurrency market by pursuing enforcement actions one at a time. However, it’s not for lack of trying. It appears that the agency is focusing on fraudulent ICOs as the low-hanging fruit until it can get a handle on things. AriseBank (allegedly) made false claims about FDIC insurance coverage and, in addition to selling an unregulated security, failed to disclose the criminal backgrounds of top executives.

PlexCorps raised $15 million in just 29 days through a wildly successful ICO that they launched last August. According to the SEC, none of this money went towards the development of any actual product or service. Rather, the company’s founders allegedly took the money for themselves.

PlexCorps and AriseBank allegedly hyped their token sales using outright lies. Clearly, removing fraudulent investments from the cryptocurrency markets is a good thing. But remember, the SEC isn’t just looking for fraud; it’s also working to crack down on all ICOs that are issued without prior approval. Does this mean that a few bad apples are spoiling the whole bunch, or can legitimate capital raises still be accomplished through unregulated ICOs?

ICOs Can No Longer Hide in Plain Sight

The SEC is facing a self-perpetuating law enforcement issue. It appears that few cryptocurrency businesses or investors are taking securities law seriously because there are so many unregulated and unregistered ICOs launching onto the market every day. In an effort to curb this behavior, the SEC has ramped up enforcement. One of the main problems the SEC faces, however, is that many ICOs are released by individuals and businesses outside of U.S. jurisdiction. This may be outside of the SEC’s reach, which is limited by a Supreme Court case handed down in 2010. In that year, the Supreme Court expressly limited the agency’s enforcement jurisdiction to individuals and activities within the United States.

Many new coins are launched by offshore businesses or foreign nationals. As a result, there is a sense of safety in numbers. In other words, even if you are based in the U.S., your token launch may get lost in the crowd, making it possible to get away with a successful capital raise without attracting the attention of the SEC. However, as companies continue to release new tokens in flagrant disregard of securities regulations, the SEC will almost certainly find a way to carry out the laws its duty-bound to enforce.

One way the SEC can enforce the law is through the Dodd-Frank Act, a banking and consumer protection law passed just a few weeks after the Supreme Court handed down its ruling limiting the SEC’s territory. Dodd-Frank expands the jurisdiction U.S. regulators have to enforce securities violations outside of the country and creates a framework for coordination with foreign law enforcement officials. Given the less-than-friendly regulatory environments that many nations around the world have toward ICOs, this international enforcement may become a reality sooner rather than later.

Self-Regulation is the Safe Bet for New ICOs

Under Dodd-Frank, the SEC may be able to exert jurisdiction over ICOs launched by people outside the United States if it has foreseeable substantial effect on U.S. markets. This expansion of SEC jurisdiction is untested, meaning that nobody has been the canary in the coal mine just yet. As the SEC continues to hack and slash its way through the cryptocurrency marketplace, it’s only a matter of time until it drags an offshore ICO to court.

Although many cryptocurrency entrepreneurs long for the good-old-days of a free virtual currency market, regulators are catching up. Moving offshore may not even save you, since Dodd-Frank likely extended the agency’s enforcement authority to cover international transactions substantially related to U.S. markets. This is meant to suppress ICO activity across the board, which the SEC sees as an insult to its authority.

Fortunately for those who have already set up their token sale, there are resources available that can keep you out of trouble with the feds. Many cryptocurrency market participants are hungry for regulation, which is widely believed to be necessary to curb growing problems of fraud, price manipulation, and theft. Rather than waiting for the SEC to stop arresting people and actually develop some policy guidance, private organizations are stepping forward with self-regulation tactics.

Back when it was launching its own token, the Filecoin, Protocol Labs developed a Simple Agreement for Future Tokens (“SAFT”) in mid-2017. The SAFT is meant to serve as a template for other token sales to use that helps ensures the coin sale is compatible with securities law. The Chamber of Digital Commerce also recently launched the Token Alliance, a crypto industry-driven initiative that develops standards and best practices for ICOs.

Not likely. Crypto entrepreneurs are a crafty bunch, and there are any number of ways that they can continue to raise capital through coin and token sales. Continuing to evade SEC oversight is no longer a safe bet, and more unlicensed ICOs will likely be targeted for enforcement actions before we know it. With all that said, this will not close the chapter on ICOs entirely.

Many ICOs will take self-regulation seriously and organize in a way that does not raise the same securities liabilities as their predecessors. Some may even bite the bullet and wait to get the go-ahead from the SEC before launching a token sale. Regardless of what happens, cryptocurrency is here to stay, and the market will continue to see an influx of new coins through 2018.