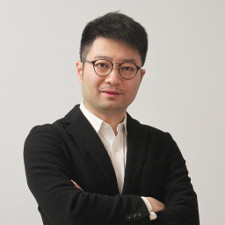 Between 1997 and 2001, Hongfei attended the prestigious South China University of Technology in the Guangdong Province of China. He graduated with a Bachelor of Arts (B.A.) in Technology and English.

Before becoming a leading figure in the blockchain technology space, Hongfei worked at IntPass Consulting, Shanghai from 2005 to 2013. He served as a Board member and as CEO of the company before his eventual departure.

Hongfei came across Bitcoin in the year 2011 and immediately recognized the technical and societal implications of the underlying technology. Based on his experience in the University which gave him a broader worldview, he began to take an interest in Bitcoin, diving into the technology and trying to understand it. For Hongfei, Bitcoin represented more than just a digital currency but a new philosophy that was different from the mainstream.

When Hongfei first began to take an interest in Bitcoin, he was still at IntPass Consulting. There was no considerable Bitcoin community in China or in Asia for that matter. The Bitcoin social infrastructure that existed at the time was still in its infancy. Hongfei began a campaign that led to the development of an active Bitcoin community in China. He began to canvass vigorously for Bitcoin adoption and spearheaded the attempts to make Bitcoin more popular in China.

In January 2014, Hongfei announced the launch of AntShares, a blockchain platform for creating decentralized apps (dApps). The project was launched in February 2014 and it soon became the platform of choice for many Chinese blockchain projects.

Antshares was later renamed to NEO in June of 2017. NEO shares a number of similarities with the Ethereum blockchain in that they are both platforms that enable the development of decentralized applications and they both utilize smart contract protocols. For this reason, NEO has been known as the Chinese Ethereum.

There are, however, a number of unique features in the NEO architecture that sets it apart from Ethereum. Da Hongfei and his team designed NEO to a delegated Byzantine Fault Tolerance (dBFT) consensus mechanism. The switch to dBFT was made after the April 2016 white paper that introduced the new consensus mechanism. The use of dBFT allows NEO to offer faster and more robust transaction optimization functionalities. The NEO blockchain can handle 1,000 transactions per second compared to Ethereum that can only handle 15 transactions per second.

Da Hongfei envisioned NEO to be a platform for high-frequency, large-scale operations. In many ways, the blockchain of the new market economy. For this reason, NEO is engineered to support smart contracts that run on virtual machines which can be coded using any of the popular computer languages like Python, Java etc. On Ethereum, developers have to use solidity in order to run smart contracts on the EVM. This feature has made NEO a real favorite of a number of blockchain project developers.

Together with Erik Zhang, the CTO of NEO, Da Hongfei founded Onchain in 2014. In fact, both companies were established at about the same time. Onchain is an enterprise blockchain service for private companies. Onchain essentially grew out of the NEO matrix in order to distinguish between the digital currency and the core blockchain development efforts.

By 2016, Onchain was beginning to gain a lot of traction in the private market which in turn led to an increase in the pedigree of the NEO blockchain. Onchain joined Hyperledger, becoming the first blockchain-based project based in China to do so. As part of Hyperledger, Onchain was able to develop its core product, DNA which stands for Distributed Networks Architecture. The DNA protocol enables Onchain to be able to integrate different business processes and systems as well as offer support for diverse cross-platform and cross-chain interoperability.

The DNA protocol allows Onchain and by extension, NEO to achieve its core mandate. The design of the DNA protocol is such that almost any business process can successfully implement blockchain technology in their operations. DNA also bridges the gap between different blockchain implementations, creating an avenue for cross-platform integration which is a key ingredient of the Internet of Things implementation where systems are linked with one another.

Da Hongfei played a pivotal role in the establishment of a channel for constructive communication in the leadup to the September 2017 ICO ban by the Chinese government. Hongfei provided consultancy services for the government and worked together with government officials to ensure that the ban didn’t adversely affect China’s blockchain technology development ambitions.