Are Bitcoin, Ethereum and Other Cryptos “Currency” or Speculative Assets 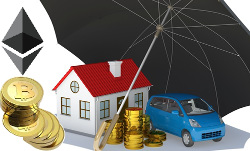 Officially, even the biggest cryptocurrencies such as Ethereum and Bitcoin are not official currencies. However, proponents of their functionality and those that are heavily involved with its adoption into society maintain that they are indeed a currency. They believe that the functionality, software, backend, and use cases classify them as a currency, as this is what they were designed to be.

In addition to this, the “miners”, or specialized computers that verify transactions throughout the blockchain, help to solidify the value of the currency as well as provide security and privacy to its users through the blockchain.

Others argue that due to slow transaction speeds, wildly fluctuating valuations, and lack of real world adoption, point to it simply being a speculative asset that could explode in price, or crash at any moment. These critics suggest that stability and transactional efficiency are the pillars of a well-functioning currency.

Why Cryptocurrencies Are Called Currencies

The reasons for cryptos to actually be considered currencies are very simple: it carries value and allows for P2P transactions. In addition, cryptocurrencies also have finite amounts that are pre “mined” by specialized computers so that they are backed and so that supply and demand can flow naturally. Just like fiat currencies, coins like Bitcoin can be exchanged between digital wallets instantly in exchange for goods or services.

There have been multiple real world cases of digital currency allowing for much more efficient, safe, and private transactions to take place. For example, a decentralized, blockchain-based platform called UJO music released German artist Imogen Heap’s album through their platform, and users could purchase the album and any accompanying merchandise in Bitcoin or Ether. When using digital currency to purchase an album, the artist collects 100% of their royalties and they do not sacrifice any value to a third party.

This method of music release also allows for user data surrounding listening habits, popular songs and more to be tracked and analyzed easier than traditional purchases. Most importantly, all of this data is user owned and controlled so that third party ad machines are unable to access your data or personal information.

Still, there are those that do not feel any of the digital currencies are at a point where they should be nationally classified as an official asset.

Why Cryptocurrencies Are Called Speculative Assets

A speculative asset, also known as a “bubble”, is an asset that experiences a dramatic spike in value within a particular industry, commodity, or asset class. A bubble is usually caused by overzealous expectations of future performance, growth, or appreciation. Despite its many promises and benefits to the modern fiat payment systems, there are those that remain unconvinced.

Transaction speeds for Bitcoin and Ethereum are currently slower than expected. This is due to the massive amount of transactions that are occurring everyday and bogging down the time it takes for miners to verify transactions. While those that argue this case have good reason for concern, this is simply a scaling issue.

If Bitcoin and Ethereum are to ever reach mainstream adoption, they would need to implement scaling protocols that will allow for their systems to handle the massive amount of transactions that fiat currencies handle everyday. So, the main two reasons that experts argue why cryptocurrencies remain a speculative asset are:

These experts are stating that in order for a currency to function in today’s fast paced society, they must hold stable value so that it can be depended upon by its users. Historically, assets that fluctuated as wildly as cryptocurrency have in fact ended up crashing, or “popping”. This is especially important for developing economies that require outside investments to get off the ground and enter the global stage.

If Bitcoin and Ethereum are going to help third-world countries into the modern age as they aspire to do, they must overcome the scaling issues and first achieve mainstream recognition and enterprise scalability.

Where Is Cryptocurrency Headed?

The value of cryptocurrency continues to climb, and Bitcoin has even reached over $13,000 at the end of 2017. More and more people are warming up to cryptocurrency and what it can offer society. At the same time, many of the latest to join the movement have done so simply to make a profit off of Bitcoin as a speculative asset.

Rather than understand what Bitcoin and other cryptocurrencies are and what they offer, the recent price spike over $10,000 has rattled some observers, and made them feel the best course of action is to hop on board. While this does help the value increase and aid in mainstream adoption, crypto coins need to be attracting thoughtful participants that could help it scale into the future.

Scaling cryptocurrency and allowing for larger transaction volumes to be handled by their blockchains will allow for any critics to lose their ground, since this will allow for the value to stabilize and more businesses and large entities to adopt it as an official mode of currency they accept and utilize. Forward-thinking organizations such as Ripple are attempting to help scale cryptocurrency transactions at the enterprise level.

Ripple offers a protocol that connects banks, payment providers, digital asset exchanges, digital wallets, and corporate entities via the “RippleNet”. They allow for transactions to be scaled globally and to be able to occur between any currency you may own. Ripple and similar protocols are critical in bringing real-world use cases to life and allowing more businesses and consumers to utilize the technology.

Looking forward, whether cryptocurrencies such as Bitcoin are deemed a speculative asset or currency, the fact remains that it has yet to reach mainstream adoption, and popular currencies such as Ethereum do not have the scalability to handle the use cases they are capable of handling.

The massive value Bitcoin has been able to achieve has captured the imagination of the public, as is evident by the thousands that have flocked to the space in the last quarter of 2017, most of whom have no technical background or clue how the technology works. While the price rise that cryptocurrency has experienced may be seen as a bubble, only time will tell whether it will be able to handle the massive scale and achieve the disruptive effect to society it has been promising.