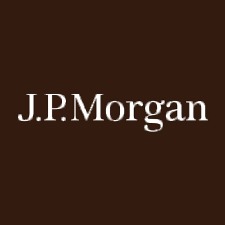 JP Morgan CEO Jamie Dimon may think Bitcoin investors are “stupid,” but his company is getting behind blockchain technology in a big way. Although Bitcoin, the original application of blockchain technology, is far from perfect, it did create a pathway towards faster, cheaper, and more secure financial transactions.

As second-generation developers continue to build on Bitcoin’s original design, the blockchain is finding more and more applications in our daily lives. Even the most outspoken critics are starting to come around, no longer able to deny the blockchain’s utility. This is certainly true of JP Morgan, which is quickly developing into one of the foremost blockchain innovators in the traditional financial services markets.

As blockchain ledgers continue to prove themselves as robust and reliable platforms for financial services, more and more corporations and government agencies are experimenting with the technology. JP Morgan is among the early movers in this regard. The company started its first blockchain project back in 2015 with Quorum, a blockchain-based transaction network build on Ethereum. Quorum is still up and running, and JP Morgan runs new applications through its testnet on a regular basis. The company is still working to build a functional blockchain-based financial platform, and it certainly isn’t showing any signs of letting up.

Last fall, JP Morgan Chase’s Quorum program announced the launch of a blockchain network that it was working to develop that would facilitate payments between big banks. Eliminating the middle man in global banking transfers is an attractive prospect to private and public financial entities alike, and JP Morgan wasn’t alone in its blockchain endeavor. At the time, the company partnered with the Royal Bank of Canada as well as the Australia and New Zealand Banking Group.

JP Morgan and its partners are seeing positive progress towards the development of a functional blockchain-based transaction network run by private and national banks. Just last week, the consortium reached an important technological milestone when it developed the capability to issue a new type of financial asset on the Quorum blockchain.

An Evolution in the Big Bank Blockchain Network

Banks, both public and private, regularly transact with each other behind the scenes of world finance. Banks and national treasuries are constantly exchanging cash for debt instruments, like bonds and Certificates of Deposits (“CDs”), in order to free up cash flow to issue loans or make good on deposits. As a result, any functional blockchain network designed to facilitate interbank transfers must be able to handle not only currency transfers, but transactions involving all different types of financial assets.

With the help of the Royal Bank of Canada and it’s other international partners, JP Morgan has been able to develop a new functionality for its Quorum blockchain project. Specifically, the National Bank of Canada was able to issue a CD on the Quorum blockchain, a new functionality for the platform. JP Morgan used smart contracts to structure the CDs, with the self-executing agreements programmed to automatically calculate and issue interest payments to debt holders.

Now, Quorum can be used to issue and manage financial instruments between banks, including both assets and debt-based instruments. For now, however, this important milestone is merely a critical proof of concept. Public release of Quorum for real-world financial transactions is still a long way off, and global banks still have a long way to go before the blockchain hosts any of their major financial activities.

As blockchain technology becomes an increasingly important tool for big business, many are left wondering how the grassroots movement started by Satoshi Nakamoto nearly a decade ago will evolve in response to larger corporate involvement. Some members of the cryptocurrency community are concerned that large financial institutions will quickly dominate blockchain-based financial services, edging out the up-and-coming crypto enterprises that got the market up on its feet in the first place.

Others, however, are enticed by the possibilities of what the blockchain can do in the hands of powerful organizations with vast resources. One thing is sure regardless – we will be seeing plenty of exciting new blockchain-based products and services in the very near future.