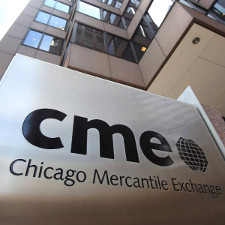 The CME Group – parent company of the Chicago Mercantile Exchange and the Chicago Board of Trade – is a keen supporter of blockchain technology. The organization owns and operates several large derivatives and futures markets in both the U.S. and the U.K., and it made waves in the cryptocurrency world when it became the first organization to offer Bitcoin futures trading on a mainstream exchange.

Most cryptocurrency investors are eager to see more mainstream adoption of blockchain-based financial products. However, the CME is pursuing a radical change to the nature of the technology itself. Specifically, the financial giant filed a patent application for centralized blockchain technology that will allow the underlying rules of the blockchain to be altered unilaterally and without consensus.

For the most part, large corporations aren’t keen on decentralization. In fact, giving up control over decision-making to a decentralized blockchain may expose corporations to legal liability. Every U.S. corporation is bound by a fiduciary duty to maximize shareholder interest. While case law has expanded the corporate fiduciary duty over time to include the interests of employees, customers, and creditors in addition to shareholders, at the end of the day it’s all about the shareholder’s bottom line.

Centralized control is critical to ensuring that all corporate activities are performed according to this duty. Giving up this control is basically like letting a driver let go of the steering wheel – it might be fine for a little while, but eventually the whole operation will crash and burn.

Bitcoin was the world’s first blockchain-based network. Modifying the consensus protocol on blockchains like that of Bitcoin requires a network consensus. This poses a real barrier to commercial use, since no single centralized authority can effectively update or change the network. However, it also makes the blockchain incredibly resilient and secure.

Blockchain purists are skeptical about any new application of the technology that removes the decentralization component. The disruptive ethos behind the cryptocurrency movement demands decentralization, and many supporters believe that this is the driving purpose behind the technology. But all ethical arguments regarding the democratization of financial systems aside, can centralizing the blockchain expose users to greater risk?

Activity on a decentralized blockchain ledger must be independently verified by a majority of the nodes on the network. As a result, no one user can alter the system. For corporations looking to move services onto the blockchain, this is a problem. Any change in corporate policies would be a bear to implement, and not doing so properly would result in a fork of the chain. When it comes to real-world adoption of the technology, this is a major hurdle. As a result, it seems perfectly reasonable to offer a centralized version of blockchain technology for commercial use.

However, blockchain-based digital currencies are not decentralized just because Satoshi Nakamoto was a hardline believer in democracy. They are decentralized to prevent improper use of the underlying technology. By requiring consensus of several actors in the community, no single user can manipulate the system into allowing fraudulent activity.

For better or for worse, decentralization frustrates the efforts of anyone who wants to update or change the protocol underlying the network. As it stands, decentralized blockchain technology is touted as virtually un-hackable. While skimming Bitcoins off of the top of every transaction on the ledger would be extremely profitable, it would probably be easier to nick the Mona Lisa from the Louvre. However, unlike the Mona Lisa, anything stolen from a blockchain ledger is unlikely to ever be recovered. Because of this, many cryptocurrency experts are advocating for greater decentralization of blockchain-based financial services, not less.

Striking the Balance Between Efficiency and Security

Decentralization trades off convenience and flexibility for security and reliability. As new products are introduced to the market, blockchain technologies will eventually find the proper balance. Erring on the side of caution doesn’t usually break new ground, which is exactly what the CME is trying to do.

On the other hand, exposing mainstream financial institutions to the increasingly sophisticating hacking community that has risen out of the cryptocurrency craze may not be such a good idea. The CME patent won’t be awarded any day soon, and what the company will do with its proprietary blockchain technology is anyone’s guess. Regardless what the company decides, financial institutions looking to adopt centralized blockchain technology would be well advised to beef up their cybersecurity before it’s too late.

Centralized blockchain technology is not new. Ripple, which skyrocketed in popularity over the past year, has operated on a centralized blockchain since 2013. The Ripple ledger exists on a closed ecosystem of nodes run by operators registered in the Ripple network. The company monitors and regulates each node very carefully. Retail users, customers, and XRP traders cannot access the Ripple network for fear that any one of them could breech the sterile XRP ecosystem.

Ripple puts a great deal of energy into maintaining a secure centralized blockchain, and so far it has been successful. However, as Ripple has gained popularity, its cracks have started to show. A malicious attack on one of the limited nodes in the Ripple network could cause a total meltdown, especially if it spread to any of the thousands of XRP wallets connected to each node.

While this vulnerability has yet to be exploited, it would only take one particularly talented and tireless hacker to disrupt tens of thousands of Ripple users. Regardless, Ripple’s runaway success has been a testament to the commercial viability of centralized blockchains. Ultimately, whether increasing centralization in blockchain-based financial services is a good idea or a terrible one hinges on how well financial companies can keep up in the cat-and-mouse game that the hacking community seems to so vehemently enjoy.