When the question of who invented the blockchain is asked, one of the names that often gets thrown around is Stuart Haber. There are some who even believe that he is – or at the very least is one of the individuals who worked with – Satoshi Nakamoto to invent the Bitcoin blockchain. Much of the groundwork on which the Bitcoin blockchain and all the other blockchain concepts that have come after have been based on the foundational principles of Stuart Haber’s work. 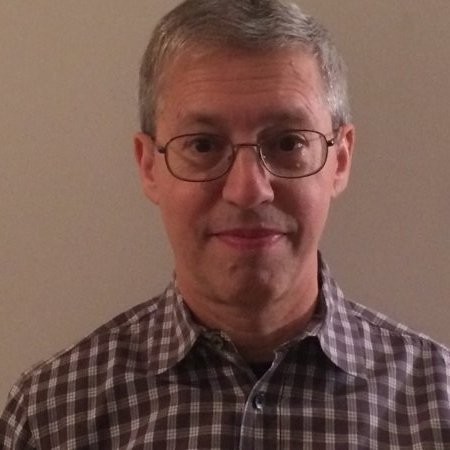 The blockchain traces its roots to the groundbreaking work of Stuart and his colleague W. Scott Stornetta in 1991.

Stuart Haber holds both M.Phil. and Ph.D. degrees from Columbia University. The topic of his doctoral dissertation was “Provably secure multi-party cryptographic computation: Techniques and applications.” His instructor was the renowned Israeli computer scientist and mathematician, Dr. Zvi Galil. Haber obtained his Ph.D. in 1987.

The next year, he enrolled at Stanford University’s Masters program. He graduated two years later in 1982 with a Master of Science (M.S.) degree in mathematics. Upon the completion of his post-graduate studies, he enrolled immediately at the Columbia University for his Doctorate.

After 13 years of higher education that culminated in the award of both M.Phil. and Ph.D. in Computer Science from Columbia University in 1987, Haber began to strut his stuff in the corporate world.

One year after obtaining his Doctorate, Haber began working at Bell Communications Research (Bellcore) as a Research Scientist. It was during Huber’s time here that he would meet his friend and long-time collaborator, W. Scott Stornetta. The pair would later go on to release a series of publications that laid much of the groundwork for the emergence of blockchain technology.

Many of these publications were written and released while the pair were still working together at Bellcore in the early ‘90s.
Bellcore specialized in Telecoms research and development. The company emerged after the break-up of AT&T. These days, the company is known as Telcordia after it was acquired by Ericsson in 2011. Stuart worked at Bellcore for a period of 6 years between 1988 and 1994.

Roughly 5 years after leaving Bellcore in 1994, Haber began working at Intertrust Corp as a Research Scientist. The company was founded in 1990 by Victor Shear. Intertrust Corp specialized in Trusted Distributed Computing which was a field that was growing in popularity at that time. The company experienced a period of massive growth during Haber’s time there, as it coincided with the dot.com bubble of the late ‘90s. Haber worked at the firm for three years, eventually leaving in 2002.

In 1994, Haber and Stornetta co-founded Surety, a spinoff of Bellcore that focused on providing digital time-stamping services in what is today considered to be the first commercial blockchain service provider. The technology was the first of its kind as it utilized the Linked Time-Stamping Authority (TSA) framework that Haber and Stornetta had developed in their research papers.

With the addition of Merkel trees, Surety was able to provide a robust collision-resistant hash function framework which greatly minimized the problems associated with TSA. Surety was a gamechanger in the world of cryptography and it provided a lot of resources for the establishment of the Bitcoin blockchain in 2009. Haber ended up leaving Surety in 2010.

In 2017, Haber founded Stuart Haber Crypto, LLC, registered in the state of New York. The firm provides consultancy services in cryptography and blockchain technology. Haber is currently the President of the company.

In 2018, Haber joined Auditchain as Chief Scientist. Auditchain is touted to be the premier continuous audit and reporting protocol for both enterprise and blockchain-based networks.

Contributions in Cryptography and Blockchain Technology

For more than 30 years, Stuart Haber has made significant contributions to the field of cryptography, distributed computing, and blockchain technology. He is the co-inventor of a number of Surety patents. Over the course of his career, Haber has lectured and published a number of scientific journals and articles on both theoretical and practical aspects of cryptography and distributed computing. He also contributed research materials in the field of electrical engineering.

Together with Stornetta, he has co-authored a number of important publications in the field of cryptography, some of which include: “How to Time-Stamp Document”, “Secure Names for Bit-Strings”, and “Improving the Efficiency and Reliability of Digital Time-Stamping” just to mention a few. Haber has also published research materials on the theory of computing, algorithms, and computer security.

Several aspects of the Bitcoin blockchain architecture are based on Haber’s work. The third, fourth, and fifth entries in the bibliography of the Bitcoin whitepaper are references to Haber’s work in cryptographic time-stamp protocols. From 2004 to 2011, Haber served as a member of the Board of Directors of the International Association for Cryptologic Research (IACR). Stuart Haber’s Erdös number is 2.