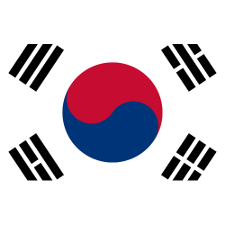 Earlier this week, police in South Korea arrested four cryptocurrency executives on embezzlement charges. Three out of the four suspects still remain unnamed. However, reports surfaced on Thursday that one of the suspected embezzlers was Kim Ik-Hwan, the highly-regarded CEO of a major coin exchange.

South Korea has been among the earliest adopters of cryptocurrency on the world stage. It’s currently the third largest market in the world for virtual currency, even though trading has cut back substantially over the past year. Despite being a hotbed of cryptocurrency activity, South Korea is struggling to reign in market abuses and address vulnerabilities that expose crypto users to fraud. As a result, Korean regulators have developed a strong-arm approach to cryptocurrency regulation on the peninsula.

South Korea is taking a tough stance on fraud and abuse in cryptocurrency markets. Kim Ik-Hwan and three of his top-tier executive colleagues are finding this out the hard way. Ik-Hwan is the CEO of Coinnest, the fifth-largest cryptocurrency exchange in South Korea. Police raided Coinnest and two other cryptocurrency exchanges last month, seizing financial records and freezing accounts. According to the criminal allegations pending against the four suspected embezzlers, they had taken tens of millions of dollars from customer accounts for their own personal use.

The identities of the three executives who accompanied Ik-Hwan to the Seoul police station have not yet been released. However, media reports are indicating that one is the head of another major South Korean crypto exchange. And, if the trend continues, we can expect to see several more South Korean cryptocurrency executives being led away in handcuffs. Law enforcement officials have indicated that they are investigating other cryptocurrency exchanges suspected of fraudulent activity, so these initial arrests may only be the tip of the iceberg.

Cryptocurrency markets often react favorably to reports of increased regulatory activity. The virtual currency market is fueled by investors’ hope in the future of blockchain technology. This hope inspires both hard-line “Hold on for Dear Life” ideologies as well as rampant speculation. When financial agencies crack down on fraud and abuse, crypto speculators often jump ship. Many of them view market regulation as the death knell of the wild and untamed cryptocurrency markets. More disciplined cryptocurrency investors, however, often embrace new regulations and enforcement actions with open arms. After all, these activities are signs that fraud is being weeded out of the market and that cryptocurrencies are edging ever closer to the financial mainstream.

All in all, the embezzlement arrests in South Korea barely made a blip in the market. The price of Bitcoin dipped slightly immediately after news surfaced of the South Korean arrests. Bitcoin opened on April 5 at around $6,800 before dipping to near $6,600 near the end of the day. The market has since recovered, and as of press Bitcoin was trading near $7,100; just shy of where it started the week.

Although coin markets are down substantially since their peak last December, they have survived a financial quarter full of heavy-handed regulatory activity. South Korea is joining many law enforcement officials around the world in cracking down on theft and fraud in crypto markets, and more and more enforcement actions are being announced every day. The relative stability in the crypto markets during this time of galvanizing regulation is a bullish sign for 2018, as values are surely to keep going up as thieves and fraudsters are hunted down and brought to justice.