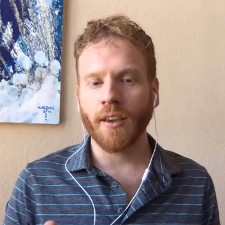 Evan Duffield is the creator of Dash, one of the top 10 cryptocurrencies in the world in terms of market capitalization. It has been among the top-tier cryptocoins almost since its launch in 2014. Evan is a leading figure in the crypto community and he remains one of the more visible players in the industry.

In a world were some crypto developers prefer anonymity, Evan is usually out and about. He regularly appears in Interviews as well crypto talk forums, conferences, seminars, and webinars where he explains the core Dash protocols. This is completely at odds with the operations of the Dash transactions which are known to be highly anonymous. In fact, this is one of the key value propositions of the Dash cryptocurrency and a point that Evan is never tired of reiterating.

Evan Duffield was born in the year 1980. He grew up in a small town in Arizona. By the time he was 15 years old, he began to take up an interest in computer programming. In later interviews with a number of media outlets, Evan admits to this being when he first fell in love with the digital world. To him, coding was “pretty neat.” However, he began to take the activity a lot more seriously when he began to get jobs while still in high school. He then made the decision to pursue a career in the tech industry.

At the turn of the 21st century when he was 20 years old, he began his career in the tech industry. The digital world was on something of a renaissance during that era and Evan, already with a love for technology saw this career move as quite the natural progression. During this time in his life, he worked for a number of tech firms such as Warped AI, iAcquire, Wells Fargo, and Verizon Wireless. In all of these firms, he worked mainly as a Software Developer.

According to his own admission, he discovered that he was something of a savant at data analysis. He had a natural predisposition and a great love for analyzing data streams. He would set up large-scale computers to help in analyzing such immense amount of data. He also dabbled significantly in machine learning, developing algorithms capable of performing complex data analysis tasks.

His work with complex AI protocols opened up new vistas of opportunities for him by the mid to late 2000s. He got the opportunity to work for many firms that provided Social Media services for their clientele. His major area of specialization in these firms was technology improvement. He designed protocols that helped these firms handle big data in order to offer more robust Social Media services.

In 2010, Evan began to develop a significant interest in the world of finance. This shift in focus is perhaps indicative of how fintech was becoming more of a bigger deal within the business scene. Realizing that he needed to pursue this new-found interest, he studied to complete his series 65. This was so that he could become a licensed investment advisor, a role that would come in handy in his later life. It was while studying for the exam that he came across Bitcoin and everything literally changed from that point onwards.

When Evan first came across Bitcoin, it didn’t immediately strike a chord. In an interview with CoinGecko in September of 2015, Evan admits to have initially ignored it. It wasn’t until a few months later that he came across it again and this time, he paid more attention.

Early Activities in the Crypto Space

He read the Bitcoin whitepaper, Satoshi Nakamoto’s brilliant masterpiece that introduced Bitcoin and the Blockchain to the world. The impact of the white paper was so profound that Evan began to carry out deep research into the technology. His background in computer programming for many years helped him gain a great appreciation for the finer points in the Bitcoin premise. In his own words, he found the implications of Bitcoin and Blockchain technology to be “earth-shattering.”

In those days, there was a lot of reticence and skepticism around the longevity of Bitcoin. Many digital currencies had been launched with none of them ever finding success. Evan though was of the opinion that such a ground-breaking and revolutionary technology had the potential to succeed. So, he put his money into it and got involved with blockchain technology.

By 2013, Evan had begun to follow Andreas Antonopoulos and a few other prominent Bitcoin figures on the online forum Let’s Talk Bitcoin. Evan describes that period as being the days when the Bitcoin discourse was all about core network issues. One of the main issues that was being regularly discussed was the network stability and currency fungibility trade-off.

Evan was particularly interested in this issue as it had been a cause for concern for him as far the Bitcoin blockchain was concerned. With his background in coding and finance, he perhaps had a great knowledge of those two concepts. After months of waiting for a workable solution to the fungibility issue, he decided to act. From the onset, he assumed the Bitcoin community wouldn’t take to his proposed solution so he straightaway set out to develop his own altcoin.

On January 18, 2014, Evan launched XCoin with the currency designation “XCO.” In a matter of days after the launch, just under 2 million coins had been mined. This had the potential to become a serious issue for the cryptocurrency as this number amounted to about 10% of the cryptocurrency’s total supply cap. The problem came about as a result of an issue with the Litecoin source code from which XCoin was forked. The problem was later resolved and the project was able to shake off that initial glitch.

Less than a week after the launch of XCoin, the cryptocurrency was rechristened Darkcoin. This new name created a bit of an unwanted reputation for the project as an enabler of illicit transactions on the dark web. This situation wasn’t helped further by the fact that Darkcoin was all about privacy and anonymity with its transactions being untraceable. Wired UK even once famously referred to Darkcoin as being “Bitcoin’s nefarious cousin.”

In March of 2015, the name was once again changed to Dash, a combination of Digital and cash. Dash is regarded as being the first successful Decentralized Autonomous Organization (DAO) based on the budgeting framework and the way the cryptocurrency is governed. Dash offers greater anonymity than Bitcoin with its transaction being untraceable.

After the success of Dash, two more pillars of the Dash DAO were launched; Dash Force and Dash Labs. Dash force is responsible for all the community management activities of the Dash DAO. Dash Labs aims to promote the creation of open-source projects so as to prevent the centralization of blockchain technology development