A new suspect has emerged as the owner of the world’s largest Dogecoin cryptocurrency holder, as the market continues to see unprecedented volatility. In the past few days, numerous sources have pointed toward Robinhood Markets as the suspected Dogecoin whale. These accusations come after the popular online brokerage app has fallen under some scrutiny in the past month, as they made decisions to limit user access to buying, selling, trading, depositing, and withdrawing their assets.

Tom Robinson, chief scientist and co-founder of Elliptic, is convinced that the world’s largest Dogecoin digital wallet belongs to Robinhood. After Robinson shared his speculation with the Bloomberg, the internet took notice, adding their voice to his accusations. Even Tesla and SpaceX CEO Elon Musk added his two cents on Twitter and went as far to call for more transparency from Robinhood about its holdings. Following Robinson’s and Musk’s comments, Twitter and Reddit speculated further about Robinhood’s connection with what is being referred to as the “whale wallet.” 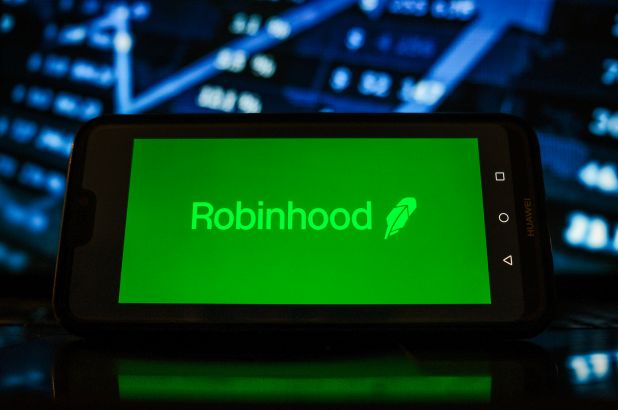 The accusations against Robinhood come at a difficult time, as the company was in the news last month after it limited its users’ ability to buy cryptocurrencies and other volatile securities, such as GameStop stock. The reason behind the decision, according to Robinhood, was “extraordinary market conditions,” leaving many users frustrated with the company’s decision. The action was taken after Reddit trading group r/WallStreetBets worked to influence the market by purchasing large amounts of stock. Now Robinhood faces trouble on the cryptocurrency front.

Like many cryptocurrencies, Dogecoin has seen an astronomical surge since the beginning of the year. Its rise from less than half a penny to more than five cents per coin has caught the attention of crypto-enthusiasts and investors alike. The 950% surge is nothing to scoff at, for a coin whose origins can be traced back to a silly meme of a smiling Shiba Inu. As people took notice of the altcoin’s meteoric rise, their attention was inevitably drawn to the large digital wallet holding what is nearly $2 billion in Dogecoin as of the writing of this article.

The digital wallet, which many now believe belongs to Robinhood, was created in 2018. This is conveniently right around the time Robinhood began offering Dogecoin trading to its customers through their mobile app. Robinson’s blockchain data tracking company, Elliptic, has provided the information needed to confirm the timing of this wallet’s creation.

Amidst the lingering accusations against Robinhood, the online brokerage app has announced its plans to enable withdrawals and deposits of cryptocurrencies once more. As it stands, traders can only buy or sell crypto assets within the app, but deposits and withdrawals could be activated in the near future. The timing does little to redirect the accusations directed towards them and their association with the world’s largest Dogecoin wallet.

Robinhood announced the decision to enable withdrawals and deposits via their verified Twitter account. The Tweet was conveniently sent out an hour before the initial article Bloomberg published an article claiming Robinhood was the owner of the aforementioned wallet. Robinhood responded to Musk’s accusations, stating they will not be confirming any digital addresses that belong to them and the company has not responded to any media who reached out for comment.