In 2017 Bitcoin hit an all-time high of $20,000, sparking conversation across the globe about the legitimacy of cryptocurrencies in the modern economy. Since its meteoric rise, Bitcoin has settled down around $9,000 at current market value. The large jump in price has raised questions over the past two years about what caused such a significant change, leading to further investigation into how the drastic rise occurred. This past March, an analysis was published suggesting that a large majority of Bitcoin spot trading is illegitimate. The majority of the $6 billion in average daily Bitcoin volume is actually manipulation, and only $273 million of that is legitimate. Now, an extension of that study has revealed that the 2017 boom may be attributed to a single person who intentionally manipulated the market.

Details of the Study

The new study is the work of finance professors from the University of Texas and the Ohio State University. John Griffin and Amin Shams compiled and analyzed over 200 gigabytes of transaction history and discovered a link between Bitcoin and another digital currency known as Tether. In 2017, around the time of the Bitcoin boom, a trading pattern emerged between these two cryptocurrencies, which has been attributed to a single trader. This pattern of trading is now being identified as the main cause of Bitcoin’s rise to $20,000. Tether is unlike Bitcoin in that it is a stablecoin, meaning its value is connected to a stable asset: the dollar. Through the trading of this stablecoin, the unidentified user was able to steadily increase the value of bitcoin in a relatively short amount of time. All of the trading was completed through a single digital currency exchanged called Bitfinex, which is how the two professors were able to accurately monitor the transaction history. 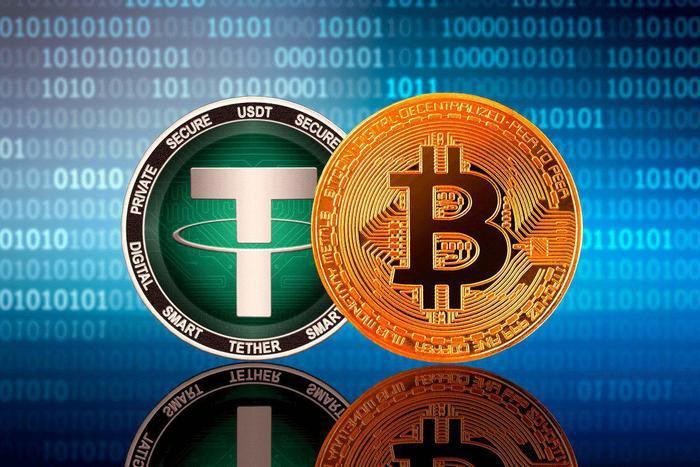 Specifically, the pattern that the new research paper identifies shows that whenever Bitcoin fell below a certain price the unknown user would intervene in order to adjust the price. The paper reveals that new Tether tokens were being created without dollars to back them, and that these new tokens would then be used to purchase Bitcoin, which resulted in a sharp rise in price. The researchers argue that this type of pattern could not be due to chance. Tether’s general counsel Stuart Hoegner denied the claims, saying that the paper lacks academic rigor, and the data was published with the intention of backing a lawsuit.

The recent study has done little to ease the nerves of those around the world who have openly criticized the legitimacy of cryptocurrencies. Bitcoin’s 2017 boom seemed like a step in the right direction for digital assets, which have been largely criticized for the potential threat of manipulation. The steep rise in price initially suggested that the new currency was being widely accepted, but this new study adds fuel to the fire for those who have stood in opposition of Bitcoin. From the start, Bitcoin has traded on the market seemingly driven by supply and demand. Unlike Tether, Bitcoin is not backed by the dollar or other traditional currencies, and its value has fluctuated due to the fact that only a limited number of Bitcoin exists on the market. As nations and large corporations have come to adopt Bitcoin as an acceptable currency, the price has fluctuated as more and more people have begun trading. The goal of Bitcoin, much like any other cryptocurrency that has emerged over the past decade, is to create a decentralized currency that operates without any government control or regulation. The recent revelation that a single user could have such a significant impact on such a network raises many questions about whether or not this goal is achievable.

The new findings have a number of consequences besides adding to the SEC’s fears that cryptocurrencies are subject to market manipulation. The single trader was not identified in the report, but the suggestion is that Bitfinex may have been aware of or even assisted in the market manipulation. This fact is even more unsettling when considering the fact that both Bitfinex and Tether Ltd. are owned and operated by the same people. Now, both companies are under investigations for alleged fraud by the Department of Justice and the New York Attorney General. Even if the two companies are not at fault, the report certainly adds a new dimension to the cryptocurrency debate.