Most Profitable Cryptocurrencies to Mine in 2017 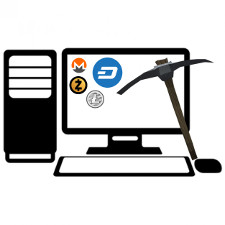 It is not just investors who can make a substantial amount of money with cryptocurrencies – miners can too. Although not every cryptocurrency requires mining, many top coins do. When it comes to mining, some cryptocurrencies are more profitable than others, so here is a closer look at mining and a list of the most profitable crypto coins to mine in 2017.

1. It helps to preserve the integrity of the blockchain.

2. It allows for the release of new coins at a slow and steady pace.

The reason why mining allows for the release of new units of cryptocurrency at a slow and steady pace is because the miner who successfully solves the mathematical equation which validates a transaction is given a financial reward. This reward is a certain amount of cryptocurrency. For example, Bitcoin miners are given a certain amount of BTC as a reward for successfully mining Bitcoin.

Because many cryptocurrencies have to be mined, it makes them similar to precious metals. It costs time, money, and a certain amount of skill to know how to bring new cryptocurrencies into existence. They cannot just be created out of nothing, they must be successfully mined.

What Equipment is Needed to Mine Cryptocurrencies?

However, some cryptocurrencies (such as Bitcoin) have so much competition for mining, that the equations that need to be solved have become extremely complex. This means that it usually takes more than a standard laptop or desktop computer to solve them. Laptops and desktops just don’t provide enough computing power. So people who mine Bitcoin often use what is called Application Specific Integrated Circuits (ASIC’s) to do the mining. ASIC’s provide the additional computing power which is needed to get the job done.

Who Can Mine Cryptocurrency?

Technically, anyone with a computer can mine for cryptocurrency – but larger mining operations have arisen which comprise of many people and many ASIC machines that are capable of mining massive amounts of cryptocurrency. China has become a leading nation for mining and it is home to some of the largest crypto mining operations in the world.

The Most Profitable Coins to Mine in 2017

The most profitable coins to mine changes constantly because the value of coins changes almost every week. Other factors, such as how many people are mining the coin and the difficult of the nethash, frequently change as well.

Here are some of the top coins for mining profitability in 2017. 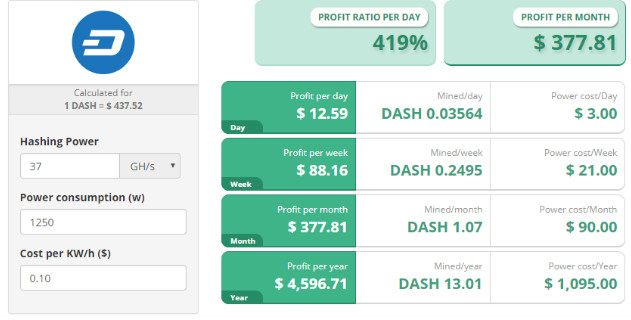 Dash is a very interesting cryptocurrency, which is quickly growing in popularity. This is because it has proven itself to be reliable, fast, and to have low transaction fees. In fact, the transaction fees for Dash are only about $.40. Compared to Bitcoin, who’s transaction fees have historically ranged anywhere from $1 to $20, this is very significant.

Dash is currently the 11th largest cryptocurrency by market cap and has a price of $1,105.17 per coin. The currency saw remarkable growth in 2017, having only been worth around $9.00 in January of 2017. If you are looking for a good coin to mine in 2018, then Dash is definitely one that you should look into. 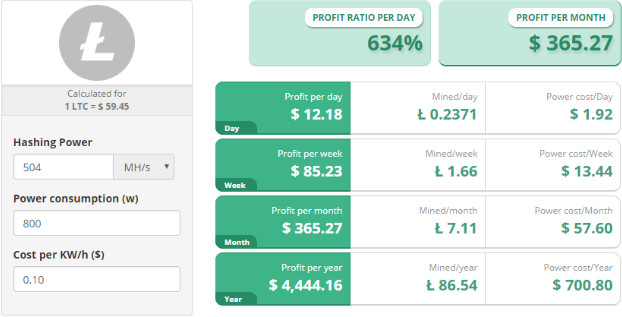 Like Dash, Litecoin has also risen in popularity. This is in part due to the promotion of its creator, Charlie Lee, and also because Litecoin has low transaction fees with quick processing times. Litecoin is known as the silver to Bitcoin’s gold, and is steadily cementing its status as one of the go-to cryptocurrencies for reliability, security, and speed.

Litecoin also saw staggering gains in the year 2017. Litecoin is currently the 7th largest cryptocurrency in the world by overall market cap. It has a current price of $257.45, which is up from $4.62 in January, 2017. Litecoin is another great coin to consider mining if you are trying to find a good coin to mine. As you can see from the chart above, you can make hundreds of dollars mining Litecoin per month per mining unit. 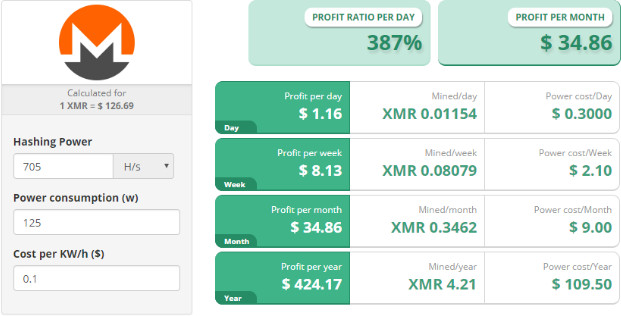 Monero is another rising star in the cryptocurrency world, and another favorite amongst miners. Part of the reason why Monero has risen to the forefront in recent years is because it is one of the single most private coins available. Monero famously is not vulnerable to the same tracking methods used by regulators to identify parties in transactions for other digital currencies such as Bitcoin.

Monero is currently the 13th largest cryptocurrency by market cap. A single Monero coin is worth $392.97. In January of 2017, it was worth $15.52. So, Monero also has seen a massive rise in value in the year 2017. Due to the privacy preferences of many people who use cryptocurrencies, Monero could continue to rise in value. It could also become more profitable in terms of mining for those who are willing to create solid mining setups. 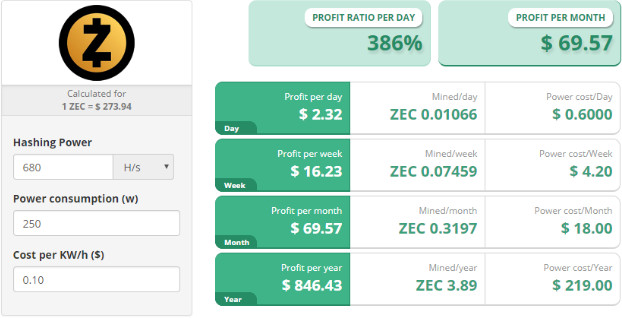 Zcash is another coin that was very profitable to mine in 2017. The profit ratio for mining Zcash per day was 386%. Another key factor for Zcash mining is that it has very cheap electricity costs. In fact, Zcash’s electricity costs are significantly cheaper than those for many other cryptocurrencies, including Dash and Litecoin. The power costs per day to mine Zcash are only $.60. This is compared to $3.00 for Dash and $1.92 for Litecoin. This low power cost gives Zcash a major advantage in terms of mining profitabilitly.

Zcash is currently the 28th largest cryptocurrency by market cap. A single Zcash coin now costs $701.94. This is compared to $47.90 in January 2017. So, this coin is also rising in value, which can result in higher profits for miners.

Tips for Choosing Cryptocurrency to Mine

If you are thinking about choosing a coin to mine, then all of the ones listed above are solid choices. However, it is always wise to do further research. There are two great websites which constantly evaluate coins and mining variables to identify the coins that are the most profitable to mine. These websites are CoinWarz.com and WhatToMine.com.

Before you begin mining, you should also figure out whether or not you would like to mine cryptocurrencies from your laptop or desktop computer, or through a computer that is specially built for mining, and which has more computing power.

If you choose to use computers that are specially built for cryptocurrency mining, such as the ASIC systems, then you will have more freedom when it comes to selecting which coins to mine. However, ASIC systems, and other similar ones can be more expensive. This means that there could hypothetically be a longer time period that occurs before you get your money back for your investment. But, if you have a stronger computing system, you will be able to mine more cryptocurrency.

In fact, some of the larger Bitcoin mines have hundreds, or even thousands of ASIC systems all hooked together to mine an incredible amount of Bitcoin. These mines often have employees who work in shifts around the clock to supervise the computers and make sure that any potential issues are resolved.

So, it pays for miners to choose to miner coins that they think will become more profitable over time. This way, they can build up a larger holding of the currency. If their mined cryptocurrency stashes go up in value over time, then miners can make a lot of money. For this reason, it is wise for miners to avoid mining cryptocurrencies that they think will go down in value in the future.

Bitcoin mining has become a lot more expensive. However, many miners are still making a lot of money on it, partly because Bitcoin keeps rising in value over time. So, capital gains are another key aspect to consider when you are trying to decide which coin to mine.

Cryptocurrency mining is both extremely helpful for maintaining blockchains and for generating profits for miners. However, some cryptocurrencies are significantly more profitable to mine than others are. Dash, Litecoin, Monero, and Zcash were some of the best cryptocurrencies to mine in 2017.

There are many miners out there who are now sitting on hordes of these coins due to their mining activity. Every single one of these coins made significant gains in 2017, and could do so again in 2018. If you are considering entering the world of cryptocurrency mining, then these coins would be a good place to start.

They all have relatively low electricity costs, good profit ratios per day, and have strong capital gains potential. However, just because these four coins were very profitable to mine in 2017 does not automatically mean they will be the best for 2018. But, they very well could be. If you would like to be a professional cryptocurrency miner, then you should of course, conduct extensive research before making your final mining decisions.