It’s been a bit of a wild ride the last couple of weeks in the world of cryptocurrency valuation. China’s sudden ban on ICOs last week sent Bitcoin and the cryptocurrency markets in general tumbling.

Adding fuel to the fire was JP Morgan Chase CEO Jamie Dimon, who said that Bitcoin was a “fraud” that is only used by “drug dealers and murderers”, and was the latest in a long line of financial analysts and bigwigs to compare Bitcoin to the infamous 18th-century Dutch tulip mania. 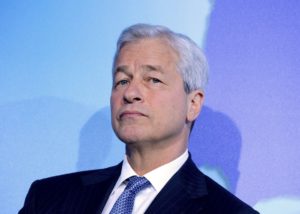 Here’s the thing–every time that Bitcoin experiences a big drop, skeptics sneer “I-told-you-sos” to Bitcoin enthusiasts. Bitcoin has “died” more than 100 times, and yet its price has rallied more than a thousand dollars from US$2214, where it was two months ago (even taking the recent drops into account). For every skeptical analyst, there is another that says that Bitcoin is headed to the moon–that is, US$500,000 or more.

Seasoned members of the cryptocurrency communities aren’t even batting their eyes at the recent drop in Bitcoin. In fact, many of them are treating the recent dips as an opportunity to buy even more cryptocurrencies at “discount” prices. They understand that cryptocurrencies don’t behave in the same way that traditional assets do–in their experienced eyes, the large jumps and drops are all par for the course.

Whether you’re a Bitcoin hater or a crypto evangelist, you know that Bitcoin is making waves right now. The world’s eyes have turned on cryptocurrency, and every swing upwards or downwards has plenty of analysts either certain that Bitcoin is doomed or that a single Bitcoin will one day be worth a googolplex of USD.

The reality is that the real future of Bitcoin and cryptocurrency probably lies somewhere in the middle of all of the extreme claims that are flying through the airwaves at this moment in time.

In addition to Jamie Dimon’s statement about Bitcoin only being used for nefarious purposes, he went so far as to say that he would fire any investor who added Bitcoin to their portfolio. Dimon’s remarks about Bitcoin allude to some ignorance about the way that the Bitcoin platform is currently being used, but his hostile attitude toward Bitcoin may not be completely unwarranted.

Bitcoin does, after all, have a rather storied past–it was the main currency used on the infamous Silk Road network, a “deep web” platform that could be used to buy and sell drugs and many more nefarious products and services. Additionally, there are plenty of inexperienced investors who have lost money on Bitcoin–people who bought when the value was high and then panicked when it dropped, selling their assets at a loss before they had a chance to recover.

However, Dimon’s remarks completely gloss over the fact that Bitcoin is not really being primarily used as a digital currency anymore. Rather, it has become more of a settlement layer that has been used to develop other cryptocurrencies and decentralized applications. The use of Bitcoin in this way is arguably the thing that has contributed the most to its meteoric rise in value this year.

The truth is that no one, no matter how experienced, knows what the value of Bitcoin will be in a month, in a year, in two years, in ten years. CNBC’s Ron Insana made an excellent point when he said that “most disruptive developments in technology and finance eventually inflate into speculative bubbles as investors and traders assume that the intrinsic value of these new vehicles will expand forever.”

In other words, Bitcoin and other cryptocurrencies are likely going to be an important part of the future of fintech and the world economy–but that doesn’t completely eliminate the possibility that cryptocurrency could be a bubble getting ready to burst.

When, if, and to what degree that burst will happen are unknown. However, it would be unreasonable not to expect Bitcoin to eventually stop rising in value, and for that value to continue to fluctuate, if not go through some kind of “permanent” reversal.

That being said, there is still plenty of money to be made with cryptocurrency investments. Choosing the right coins can be challenging, but there are plenty of promising coins with current token values that are just cents on the dollar. Be smart–research coins that seem promising, and don’t invest more than you feel comfortable losing. It may just pay off one day, even if Jamie Dimon doesn’t think so.